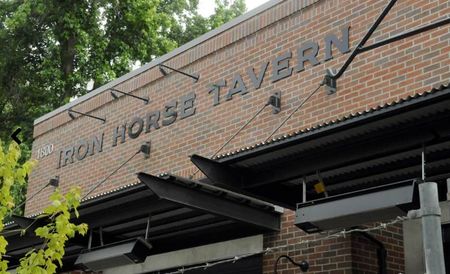 Iron Horse Tavern, by the Wong Brothers, owners of Cafeteria 15L and The Mix, will open to the public on June 18, reports Sonya Sorich in Sac Biz Journal.

Among the other details she's unearthed:

For a video tour, check out Tina Machua on Good Day Sac.

According to the video, menu items include:

But if you want to get a jump on the rest of the public, you can get a taste of their food (and other restaurants near 15th & R such as Dos Coyotes and Roxie Deli BBQ) on Sunday June 14 at a fundraiser for the Children's Receiving Home of Sacramento. According to its Web site, the Children's Receiving home's mission is to positively impact the lives of children, youth and families affected by abuse, neglect, behavioral health issues and trauma in California.

Iron Horse Tavern will be located at 15th & R, and can be found online at http://www.ironhorsetavern.net/.

First look: Brasserie Capitale serves up a French revelation on K Street - McNamara strikes that balance in the kitchen with a nifty suite of dishes, including supple house-cured salmon (kissed with dill, egg brunoise and laid on a bed of rye crostini and crème fraîche) and petatou (a delicate mashed potato salad containing niçoise olives, thyme and balsamic beneath a seared cap of goat cheese). McNamara's outstanding country pork pâté (crafted over two days of marinating in cognac, white wine, shallots and spices) and his zesty garlic sausage are both made in-house, along with classics like bouillabaisse, coq au vin and cassoulet that are each offered as specials throughout the week. S.T. Vanairsdale in Sactown Mag.

In chefs we trust: Omakase at Kru -  I've been sitting at the bar at Kru for lunch recently for $20 omakase sessions, and the crew does not disappoint...By far, it's one of the biggest bangs for your buck in Sacramento. Garrett McCord in Sac News & Review.

VIDEO: Going Booyah! for MOOYAH Burgers - May 28 marked National Burger Day and what better way to celebrate than a day early at MOOYAH Burgers, Fries & Shakes in Rocklin. Gary Gelfand makes a stop at the popular burger joint to try his hand at a little burger trivia. On FOX 40.