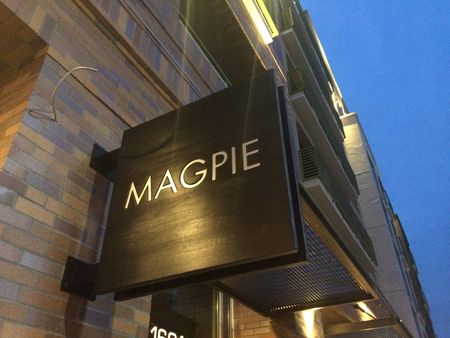 Magpie Cafe announced today that it would close its current R Street location after brunch on Sunday, June 28 and open a week later at its news spot at Powerhouse 16 on Monday, July 6, Cowtown Eats learned on today.

Earlier this week, Magpie tweeted that it had it had started meeting with its employees in the new space.

Thanks @hotitalianpizza for feeding us our first all staff meal at our new spot! pic.twitter.com/6GBVOBnKWS

The existing R street location will continue to serve as their catering base as well as serve breakfast pastries, coffee and breakfast sandwiches.

To help staff up the new, larger location, Magpie Cafe is holding open interviews on Monday, June 15 and Tuesday, June 16 from 3 to 5 p.m. at the Powerhouse 16 location. They are looking for full and part time workers to serve as bartenders, baristas, dishwashers, bussers, servers, bakers and kitchen staff.

After the move, Magpie will be located at 1601 16th Street, and can be found online at MagpieCafe.com.

After he was hit by a car, chef’s friends ease the pain - Luck wasn’t riding with Jose Santamaria the night he was left for dead. He’s the beloved chef I told you about two weeks ago who was struck by a hit-and-run driver while riding his bicycle home from another long shift at downtown’s Mayahuel restaurant. Most nights, Santamaria’s son drove him home. But on May 17, “a beautiful night,” Santamaria decided to ride. He was struck near Sacramento City College around 1:30 in the morning. Ryan Lillis in the Sac Bee.

The Dollar-Wise Gourmet Does Burgers - Sliders are a staple on local happy hour menus. But bona fide burgers? Not so much. With a little sleuthing, however, The Dollar-Wise Gourmet recently uncovered some bodacious burgers at pleasing prices. Here are the fab five. (Note: Deals are subject to change.) Featuring Blue Cue, Cheesecake Factory, Foundation Restaurant & Bar, McCormick & Schmick's and Ruth's Chris Steakhouse. Cathy Cassinos-Carr in Sac Mag.

John Boyer's Lifelong Passion for the Environment culminates in his Multi-Tasking Bike Shop, Edible Pedal - He now owns Edible Pedal, the quaint and multi-faceted bike shop located in the Old Soul alley. From here he spreads his passion for sustainability that he acquired at such a young age. Edible Pedal first started as a small food delivery service in the downtown/Midtown area back in 2009, but quickly grew into the dynamic facility for everything anti-vehicle, pro-local and sustainable. For years, Boyer worked as a seasoned server at several local restaurants. His jobs in the service-industry left him dried out and distracted him from his humble roots as an active environmentalist. One of two of his kids lived in Spain, so he took an extensive trip to see her, only packing a light foldable bike and some essentials. For weeks, he traveled along the Spanish coast via bicycle and train, not once opening a car door. Alia Cruz in Submerge Mag.

AUDIO: Trendy Donut Shop in Sacramento - It's National Donut Day and doughnut lovers all over Sacramento and the U.S. are celebrating. We have a lot of wonderful doughnut shops in our region but one that is taking social media by storm is Bakers Donuts on Florin Road. Kitty O'Neal on KFBK.

Dishin' With Tina: Mama Ann's - Tina is at an El Dorado Hills restaurant where they're famous for their sandwiches. On Good Day Sac.