Dining News: What's Next for the Team Behind Mother after Empress? 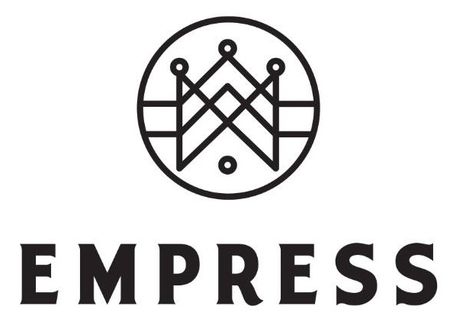 The highly anticipated Empress Tavern, the restaurant for carnivores by chefs Michael Thiemann and Matt Masera and the rest of the team behind Mother, will open any week now.

Their signage is up. The management and staff have been hired and trained. They've toured local farmers markets.

But that doesn't mean they're resting on their laurels. The Sac Bee's Chris Macias scoops in a larger story about the upcoming Empress:

Thiemann’s plan is to create a string of restaurants with feminine names. Mother opened in 2014 and has emerged as a favorite of vegetarians and carnivores alike. Empress takes its moniker from the former name of the Crest Theatre, and there are two more projects in the works: Maiden Sacramento Ice Cream, and Queen’s Market, a fish shop similar to Hog’s Island Oyster Co.

When Empress Tavern opens, it will be located at 1013 K Street, and can be found online at http://empresstavern.com/.

Cask & Barrel: A better barbecue - Cask & Barrel is certainly doing a lot of lovely things with the concept of barbecue, turning it over and dressing it up, blurring the lines between tablecloth dining and eating with your fingers. Some of it is good, some of it is excellent and a few dishes need work. Still, if you have dinner plans this week, I recommend you cancel them and immediately go check out Cask & Barrel. Garrett McCord in Sac News & Review.

Is Starbucks serving up more stores with booze? - It appears Starbucks is continuing its effort to add beer and wine to some of its Sacramento region stores, with at least four possible locations set to get boozy in the future. Sonya Sorich in Sac Biz Journal.

Counter Culture: Hana Tsubaki relies on favorite family recipes - The lunch pal summed it up: “With its Japanese fans, soft lighting, restrained ambiance and Japanese staff, Hana Tsubaki is the next best thing to dining in Japan – and a heckuva lot cheaper!” Allen Pierleoni in the Sac Bee.

Band of Brothers: Childhood friends launch social-savvy wine brand from hometown in Clarksburg - Yet time and circumstance eventually led all three back to the family farms of Clarksburg and, ultimately, to a table at Club Pheasant in West Sacramento. It was there, in March of 2014, they decided to do together what all three had dreamed of separately: open a winery. Michelle Locke in Comstocks Mag.