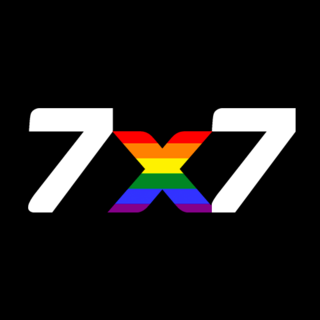 California's Austin, not The New Oakland.

That's how 7x7, a popular San Francisco's Web site that celebrates "trailblazing spirit and to maximize every moment in this magnificent place," describes Sacramento.

(FYI - The site's name is a reference to the roughly 49 square miles within San Francisco's borders.)

7x7 writer Garrick Ramirez is actually pretty spot on with his recommendations for those venturing from 90 miles down I-80.

Among his dining suggestions:

Preservation & Co: "Take home Sacramento-priced bottles of the shop's housemade sriracha, pickled beets, and the killer bloody mary mix that made them famous."

This is the second time in recent months that Sacramento has been featured by a SF-focused publication.

Read the entire story on 7x7.

Alcoholic boba tea now for sale at Lazi Cow in Davis - If you’ve ever wished you could get drunk on tapioca milk tea, get ready to find fulfillment in Davis. Lazi Cow (407 G Street) shut down for a few months this spring for a major remodel. The boba shop held its grand re-opening in June with cow print walls, a large cow sculpture that doubles as a bench, a swing—why not? Janelle Bitker in Sac News & Review.

Get ready for more doughnut ice cream sandwiches - The Parlor built a following -- so much, in fact, that this week the owners confirmed a Roseville location is in the works. It will be at 1490 Eureka Road, in the Eureka Ridge shopping center, and is scheduled to open in late July or early August. Sonya Sorich in Sac Biz Journal.

Roseville tapioca shop closes - Fans of Tapioca Express in Roseville will have to get their fix elsewhere. A sign outside the store at 1132 Galleria Blvd. says it's "closing indefinitely" Thursday. Sonya Sorich in Sac Biz Journal.

Dining review: In Roseville, ASR’s food does not match its ambition - Roseville’s ASR Restaurant & Lounge, which measures 11,000 square feet when counting a patio outfitted with cabanas and a VIP section, unfortunately leans more rule than exception. Though admirably thorough – open every day, the restaurant serves lunch, dinner and late-night bites – it falters at the detail level, on such key matters as flavor combinations and consistent service. Carla Meyer in the Sac Bee.

Fit East is Upping the Food Delivery Service Game - Fit Eats is a food delivery service that promises nutritious and convenient ready-made meals to your door. The company originally opened on Kiefer Boulevard about two years ago, as solely a kitchen that delivers food. Last month, they opened a new location on 16th Street in Midtown where you can also pick up meals yourself. Alia Cruz in Submerge Mag.

Feast Q&A: Little touches lead to big win for winery - The winner of the 2015 California State Fair’s Winery of the Year award isn’t from Napa or Sonoma. Wise Villa Winery is in Lincoln, and it earned the honor by having the most high-scoring wines in the competition: four Best of Class of region, five golds, seven silvers and five bronzes. Wise Villa winemaker Kevin Luther says that he and pharmacist and longtime winemaker Grover Lee work to develop innovative techniques that the industry’s traditionalists usually don’t consider. Wise Villa’s grapes, grown on-site, are hand-selected for optimal ripeness and sorted three times for purity. Jeanne Kuang in the Sac Bee.

AUDIO: Kushman By The Bottle: 100-Point System For Rating Wines - When you chose a wine, do you consider the 100-point system of rating wines to make a decision? On this week’s Kushman by the Bottle, resident wine expert and guest host of Insight Rick Kushman explains the relatively new system that’s very useful for consumers and widely criticized/hated by the wine press. We’ll also talk about the Pinot Noir Summit in Reno. On Capitol Public Radio.

VIDEO: Let Them Eat Cake - Decorate your cake like a professional with help from Mama’s Cakes. Marianne McClary on Good Day Sac.