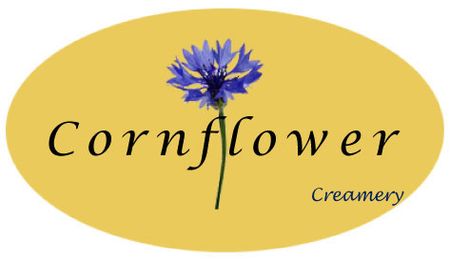 Cafe Roma, located across the street from the State Capitol on L Street, closed in June 2014 to the dismay of many in the Capitol Community.

Broughton says the focus of her creamery will be "artisan, house-made ‘farm-to-scoop' ice cream." She's teaming up with local farmers who'll provide the seasonal ingredients for flavors she's keeping under wraps, for now. Her ice creams will come in three varieties -- regular, sugar-free and vegan -- and all three may be enjoyed as scoops inside her homemade waffle cones. Or, for those preferring sundaes or shakes, she'll have those, too.

New chef takes the reins at vegetarian hot spot Mother - The team behind K Street’s popular eatery Mother is welcoming a new player into its celebrated kitchen. Anthony Scuderi, an alumnus of the East Coast restaurant group owned by famed Iron Chef Jose Garces, joined the vegetarian hot spot this month as its new head chef. He takes over for Mother’s co-founding chefs Mike Thiemann and Matt Masera, the latter of whom will lead the kitchen at the neighboring Empress Tavern when it opens this summer inside the Crest Theatre. S.T. Vanairsdale in Sactown Mag.

Celebrate the tomato - The second annual Sacratomato Week kicks off Monday and continues through July 25 with a concluding free festival 4-8 p.m. on the grounds of Sutter’s Fort State Historic Park, 2701 L St., Sacramento. Janet Vitt in the Sac Bee.

This was inevitable: Business marries craft beer and dessert - Two of the Sacramento region's hot retail trends -- desserts and craft beer -- are colliding. Get ready for Sugar & Stout, a new local business that will sell beer-infused desserts and treats. Sonya Sorich in Sac Biz Journal.

Next step for Davis Beer Week: Attracting breweries - After briefly being canceled due to legal concerns, Davis Beer Week is back on track for this year and even has an official date. Now, organizers must convince both breweries and the public that the event is really happening -- and there's nothing to fear. Sonya Sorich in Sac Biz Journal.

Online cookie business is all in the family - That’s especially true now that Tule’s Cookies ships more than 1,000 cookies each month to customers from New York to Hawaii. Right now, Yomogida and Katayama said, they manage to run the business by baking for five or six days each month, but they can foresee a day when they’ll have to give up their part-time jobs in retail and perhaps even hire staff. Cathie Anderson in the Sac Bee.

AUDIO: Sacratomato Week & Festival - The Midtown Business Association is presenting the Second Annual Sacratomato Week in Midtown’s Sutter District from July 20 to 26. Seven restaurants and three bars are participating and the highpoint of the week is Saturday’s Sacratomato Festival at Sutter’s Fort. Joining Insight to talk about the festival is the executive director of the Midtown Business Association, Emily Baime Michaels. President of the California Tomato Growers Association Mike Montna also joins us to explain how Sacramento got so mixed up with tomatoes. On Capitol Public Radio.