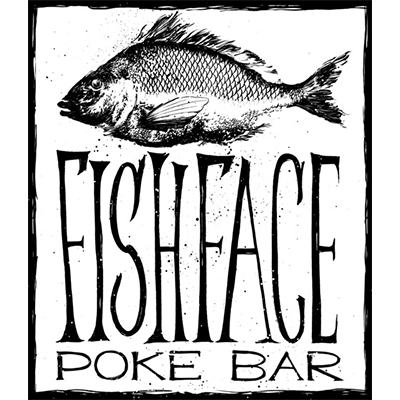 According to a menu posted on their Web site, the restaurant will have a build your own poke setup, kind of like Chipotle.

Prices range from $8 for a small to $19 for a BIG Fish combo, with Large Poke, one side and one soft drink.

This is how they described themselves on a Craigslist job posting:

We are a casual counter service restaurant and bar specializing in Hawaiian poke inspired seafood salads and Japanese style hand rolls. Our bar offers a variety of beer, cider, and Japanese sake with potential to expand into cocktails in the future.

Chef Ngo is best known for his very successful Sacramento restaurant Kru at 25th & J. That restaurant is slated to move into a shared space at Folsom and Alhambra. The other restaurant in that space will be Obo' Italian by the Selland Restaurant Group. Chef Ngo is also reportedly working on another new restaurant at 7th & K, near the new Golden 1 Center/new Kings arena.

Fish Face will be located at 1104 R Street, and can be found online at  http://www.fishfacepokebar.com/.

Prohibition-era laws have chilling effect on local beer, wine events - An Amador County winery is protesting the state’s enforcement of arcane alcohol regulations that have aroused fears among small producers and cast a shadow over popular wine and beer festivals. Renwood Winery is challenging the Department of Alcoholic Beverage Control over provisions of tied-house laws that forbid alcohol producers from promoting or giving “a thing of value” to retailers. The vintner is one of eight local winemakers that ran afoul of the regulations at the 2014 Grape Escape. Robert D. Davila in the Sac Bee.

Tacqueria Culture - Whether you're downtown or in the 'burbs, there's a taqueria ready to impress you. Featuring Taqueria Jalisco at 16th & D, Chando's Tacos and Taqueria Rincon Alteno in Natomas. In Sac Mag.

Hitting the Road with Chef Michael Tuohy - When I moved from Atlanta to California in 2009 to be the founding chef of Sacramento’s Grange Restaurant & Bar, I was actually coming home. (I grew up in the Bay Area.) In the years since, I’ve bounced around a little, living and working for a time in Napa Valley before returning to Sacramento to open Block Butcher Bar. A few months ago, I took on an exciting new challenge as executive chef for Sacramento’s downtown Entertainment and Sports Complex, future home to the Sacramento Kings. I’ve always been an enthusiastic food dude who loves to travel, seeking out food and drink at exceptional places wherever I go. Here’s a look at some of my favorite restaurants, bars and more based on recent day trips to San Francisco, West Marin and Napa. In Sac Mag.

Brewery plans taproom for Del Paso Boulevard - Marking another step in efforts to revitalize the area, a new brewery taproom is planned for Del Paso Boulevard. King Cong Brewing Co. expects to open its taproom in 2016. The brewery is currently producing beer for wholesale using half of a 3,000-square-foot former retail space at 1709 Del Paso Blvd. Sonya Sorich in Sac Biz Journal.

Fish to fork - Fishing is hard work. And it requires a lot of luck. Now you can take effort and probability out of the equation with Siren Fish Co. (www.sirenseasa.com). For the last four years, Sacramento's Anna Larsen and her company have been connecting Northern California seafood lovers with fisherman in Bodega Bay and Fort Bragg, sending out a CSA-style seafood box to subscribers in several cities. The company just launched a new pickup location at Oak Park Brewing Company. Jonathan Mendick in Sac News & Review.

Mexican fruit bombs - Forget about the birthday-cake flavored ice cream. At Sweets and Sugars, a Mexican-style ice cream shop at 3051 Freeport Boulevard, there are so many options for fruity treats on the menu, it's actually a relief in the decision-making process (and for the people in line behind you) to rule out any that contain dairy. Shoka in Sac News & Review.

VIDEO: Cake Decorating - Make your own designs on cakes with the help of Paper Heart Pattisserie, a local bakery. Cambi Brown on Good Day Sac.