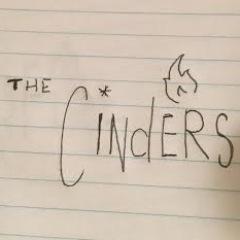 The Cinders Bar opened last week, it announced on Twitter.

The drinking establishment replaces a strip club named The Embers. The bar was named after the cinder blocks used in the construction of the building, and is also a clever play on words.

According to Sactown Mag, one half of the ownership duo Tom Schnetz "made a name for himself with his art deco craft cocktail hot spots Flora and Fauna across the street from Oakland’s Fox Theater. (Schnetz also owns neighboring restaurant Xolo, Telegraph Avenue’s hip Mexican eatery Dona Tomas, and the bustling Berkeley taqueria Tacubaya.)" Schnetz grew up in Land Park, and is partnering with childhood best friend and real estate executive Jess Tochterman.

The bar will offer "a mix of local beers from 12 taps and craft cocktails at affordable prices. The design motif: an eclectic “camping and hunting feel,” Tochterman said, with mounted animal heads, wildlife photos and vintage beer signs," says the Sacramento Bee.

Open from noon to midnight, The Cinders is located at 5340 Auburn Blvd in Sacramento.

New J Street bar/restaurant owner to offer Asian food at affordable prices - Felipe Oldera doesn’t have a name yet for the Asian-themed bar and restaurant he’s planning to bring to downtown Sacramento. But he said he’s definitely got the concept. “The biggest thing is to keep it affordable for people,” said Oldera, who owns and operates the two Alley Katz bar/restaurant locations in midtown Sacramento and Citrus Heights. “Other people may not do it that way down here.” Ben van der Meer in Sac Biz Journal.

Dining review: Ninja Sushi in Roseville operates with precision - It takes one dinner at Ninja Sushi and Teriyaki in Roseville to see why the restaurant made the 2015 Yelp top 100 list for the country (at No. 63), and also topped the sushi category in a recent Sacramento News & Review “Best of the Burbs” poll. Carla Meyer in the Sac Bee.

Crüze Control: Driving authentic brand development in a crowded mobile food scene - The Jolly Radish logo proudly brandished on the sides of both his vehicle and his neck says just about everything you need to know about chef Keith Breedlove and his food truck, the Cülinerdy Crüzer. The jet-black beast on wheels practically bursts with comic book memorabilia, funky stickers and quirky doodles, matching the mosaic of ink that covers the chef from chin to toe. This is Chef Breedlove’s third attempt, more or less, at branding a mobile food business, and this time he’s letting his personality and mad-scientist approach to mobile food define the brand. Andy Galloway in Comstocks Mag.

Sacramento's Coffee Delivery: Seasons Coffee - When it comes to coffee, Sacramento has no shortage of options. Often the deciding factor in choosing a coffee joint comes down to what part of Sacramento you live in or where on the grid you happen to be at the time. Well for your morning coffee fix, whether you’re in the heart of Midtown or out in the Suburbs, I can guarantee you nothing is closer to you than Seasons Coffee, which is just as far away as your kitchen. Matt Kramer on City Scout Mag.

Kurt Spataro Talks about the Challenges of Reinventing Paragary's Bar & Oven From the Menu Up - Over the last 30 years the venerable eatery played host to marriage proposals, birthday celebrations and business negotiations. But during its tenure as one of the best restaurants in town, owners Paragary, his wife Stacy and chef Kurt Spataro decided it was time to do their own restaurant makeover—updating not only the bistro’s façade, but its interior, patio and menu. So, last spring the duo shuttered the doors and embarked on the journey to reinvigorate the esteemed establishment. Lovelle Harris in Submerge Mag.

Taste: Margaritas Your Way Right at Your Table at Tequila Museo Mayahuel - What better way to relax, refresh and celebrate the summer than with a nice, cold and FRESH margarita in your hand? Luckily, for the whole month of July Tequila Museo Mayahuel is making that dream come true. Enjoy some amazing Mexican food (their pozole verde con pollo is to die for) and some very fresh and very good handmade-right-in-front-of-your-eyes margaritas. Amber Amey in Submerge Mag.

What's the world coming to? Quinoa replaces cupcakes in Roseville retail space - Goodbye frosting, hello gluten-free pasta. In what might suggest shifting appetites, a business specializing in healthy foods will fill a space once occupied by a cupcake shop in Roseville. Fit Eats, a locally owned company, will open a new retail location at 1455 Eureka Road, near Paul Martin's American Grill. It's the former site of Cupcake A La Mode, which permanently closed on July 11. Sonya Sorich in Sac Biz Journal.

VIDEO: Vendor says she's still owed money after last year's TBD Fest - The TBD Festival -- an event that was a big hit with thousands of concertgoers last year -- has yet to settle a problem with Betsy Hite, one of its vendors, just two months before its scheduled second festival. Hite now runs the Sloughhouse Inn. Sharokina Shams on KCRA.