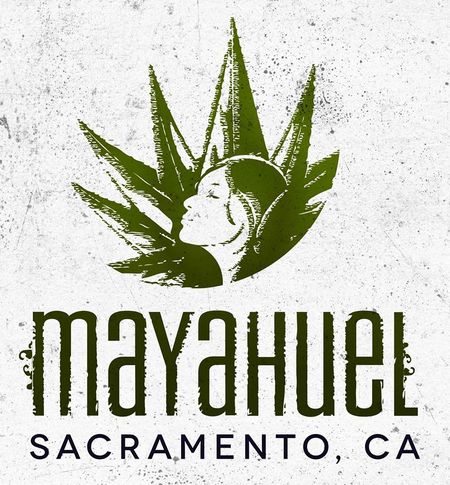 Ernesto Delgado, the owner of Mayahuel, is in negotiations with the city to open a taco bar at the spot formerly occupied by Cafe Soleil, reports Bob Shallit in the Sac Bee.

Valerie Mamone-Werder, a business development manager with the Downtown Sacramento Partnership, said the city is in “exclusive negotiations” with Delgado to take over the restaurant site but said no deal has yet been made...

Real estate broker David Herrera of Colliers International said he understands that Delgado plans to offer Mexican food, including a taco bar, along with beer at the new site if he can reach agreement with the city’s Parks Department.

Until then, you can still enjoy Mayahuel, located at 12th & K.

Davis Beer Week - Third time’s a charm for the Davis Beer Week, Aug. 10 to 16. Now in its third year, the seven-day, citywide celebration of suds is set to kick off on Monday, Aug. 10. With more than 60 vendors and the addition of the Bike and Brew Fest at Davis Central Park, the event will be bigger and better than ever — all despite fears of cancellation earlier in the summer. Barbara Harvey in Sac Mag.

Café Plan B - Café Plan B, a French restaurant in midtown which opened in 2014, had caught my eye many times and recently I had just the right occasion to check it out. A colleague and I decided to venture out of the office for a rare midtown lunch outing and we were not disappointed. Right off the bat we loved the open-air feeling of the restaurant – an ideal mix of indoor/outdoor, even on a warm day. We decided to start our meal with an order of the Prawn Stix, pancetta-wrapped prawns which arrived on skewers with a spicy aioli on top. The dish was a perfect start to the meal and definitely had us excited for the next course. Liz Conant in Sac Foodies.

XOSO Presents Sactown Wings on Aug. 15 - Calling everyone who loves chicken wings, beer, and helping support the community (so yea, basically everyone) – Sactown Wings is nearly upon us! Mark your calendars and work up that appetite-this year’s Annual SacTown Wings Event, is put on through XOSO Sports and Social League. Laine Himmelmann on Girls on the Grid.

Beer Run: In the age of craft brew, big beer comes up short - In the interests of updating and calibrating my palate, I decided to do a more thorough big beer tasting. I invited celebrated beer enthusiast and world traveler Louie Toro, Burgers and Brews co-owner Derar Zawaydeh and Brandon Megowen, brewmaster of Zawaydeh’s in-the-works local brewery called Olde Ritual. On a recent afternoon, we sipped and scored some of the best-selling beers in the land...The best big beer we tasted? Budweiser. There, I said it. Budweiser was better than Stella Artois, which I had always considered a better, more sophisticated, pricier Bud. Blair Anthony Robertson in the Sac Bee.

Big Sexy Brewing Company - After their lease fell through in Auburn last June, James Thompson and Mark Taylor, owners of Big Sexy Brewing Company, took a year to find a place that would suit their needs for a local taproom. Now they are aiming for an October opening in a South Sacramento warehouse, which will provide them with 8,400 square feet of brewing and taproom space, outdoor seating and a hop garden. In Sactown Mag.

VIDEO: Dishin' with Tina: Sawasdee Thai Cuisine - Tina is checking out a place where they served delicious Thai food. On Good Day Sac.

VIDEO: Croissant Donuts on a Stick - Morgan Ragan is at Baker's Donut shop that has a special treat for its customers every weekend! On Good Day Sac.

VIDEO: Healthy Juice in Midtown - Wholehearted Juice Co. is opening a new location in Midtown.  They are 16 ounces of cold-pressed, raw, organic juices made with no fillers. The blends are low in sugar most of the juices are 90 percent vegetables and 10 percent juice. Gary Gelfand on FOX 40.

VIDEO: Strawberries and Cream Gelato - Elizabeth from Devine Gelateria and Cafe joins Bethany in the studio to talk about their famous gelato. Got Milk has included their strawberries and cream gelato in their list of the top 7 ingredients that include milk. Bethany Crouch on FOX 40.