Dining News: How Requested App Saved Me 20% at Formoli's Bistro 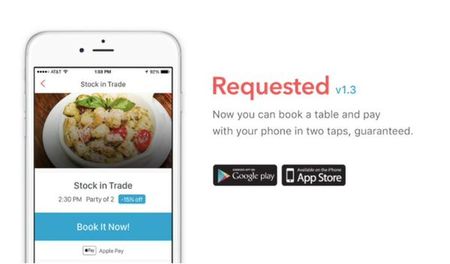 Requested, a smartphone app that helps you save money during off peak hours and helps you get a table at peak hours, is starting to show real momentum in Sacramento.

I had downloaded the app several months ago, but hadn't tried it out until this past Sunday.

At about 4 p.m., we were looking for a restaurant to eat at that night. On our list of places to go included Empress Tavern and Localis, but neither were open on Sunday.

So we turned to Requested App. At a minimum, it (like Open Table) shows what restaurants have availability that evening. But as part of that process, not only did it show us what restaurants had space, it also showed which restaurants were willing to give us a discount to dine in on a slow night. 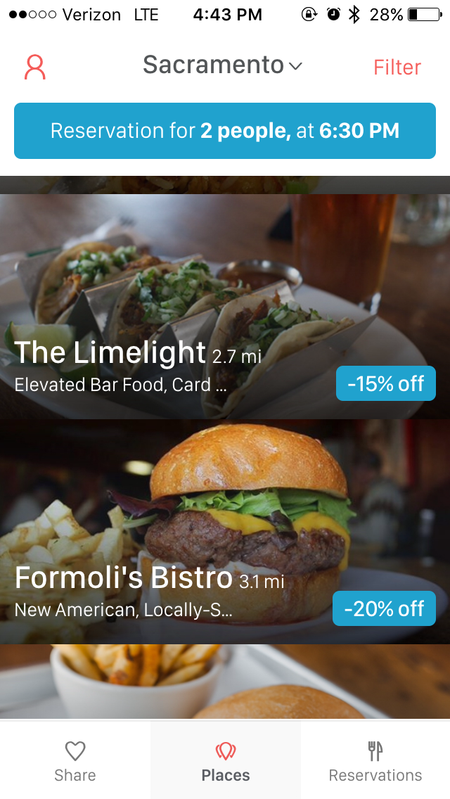 We ended up choosing and making a reservation at Formoli's Bistro, a restaurant with a stellar reputation, but one that we generally consider too far since it's all the way in East Sac. (I know...East Sac isn't that far, but distances are relative though.) It was a restaurant that we weren't originally considering, but the 20 percent discount got us in the door.

When we arrived, we informed the hostess that we had a reservation via Requested.

They seated us quickly. We noticed the restaurant was about half full that evening, so the dollars we were spending were dollars that they weren't getting otherwise. 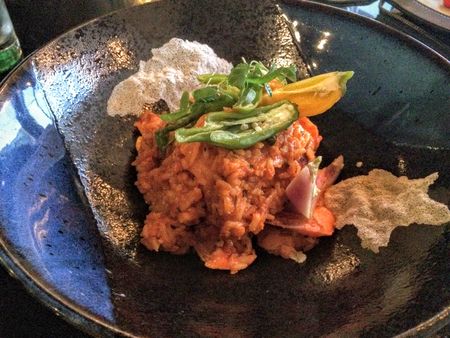 At the conclusion of our meal, the waiter presented us a "bill," though it was more of a listing of the things we ordered to make sure their system recorded it correctly. 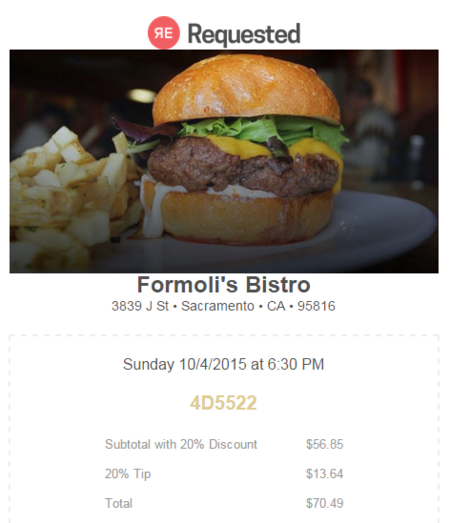 The app took care of calculating the discount, adding tip (which by default is set at 20 percent, though you can adjust it within limits) and billing my credit card. No need to do math or wait for the waiter to come over, collect your credit card, swipe it and return with a receipt for you to sign.

As a quick aside, the discounts are dynamic. What discounts are available depend demand. It may change by day of the week, time you're going out, etc. You may not receive the same discount I got on Sunday.

All in all, I was very impressed with the Requested system. It performed as advertised, helped restaurants fill empty chairs and helped me save a couple bucks. I'll be using them again.

You can download the Requested App here and save $10 off your first use. (Disclosure: I'll also get $10 when you use it.)

New brewery plans to team up with Old Soul Co. in midtown Sacramento - Midtown Sacramento could be getting another craft brewery, with an application into the city for establishing one in a building on L Street. Big Stump Brewing Co. would occupy 2,950 square feet at 1716 L St., in a building owned by the operators of the neighboring Old Soul Co. coffee operation. Ben van der Meer in Sac Biz Journal.

New company enters local coffee scene - Satisfying your coffee craving will soon get easier. A new local company called Brass Clover plans to offer ready-to-drink bottles of cold-brew coffee from local roasters. The company will begin by partnering with Old Soul Co. and hopes to work with other roasters on a rotating basis, according to Randall Echevarria, who owns Brass Clover with his husband, Monte Hudock. Sonya Sorich in Sac Biz Journal.

Amid craft brew boom, mobile beer canning business is crushing it - The idea came to them while they were still in graduate school for business administration in the Bay Area. With so many new craft breweries up and running, Lindsey Herrema and Jenn Coyle zeroed in on a business plan that would help more startups with little infrastructure to package their beer in cans and, consequently, increase their profile in the marketplace. Blair Anthony Robertson in the Sac Bee.

Another development in the local doughnut scene - Donut Madness, the new horror-themed doughnut shop, officially opened at 2648 Watt Ave. on Oct. 1, according to messages posted on its website and Facebook page. Sonya Sorich in Sac Biz Journal.

Newest addition to Sac Brew Bike doesn't have wheels - The taproom is designed as a place where Sac Brew Bike customers can gather before and after tours, though the space will also be open to the public. It will be closed Monday and Tuesday, and open 2 p.m. until 10 p.m. Wednesday and Thursday, as well as 10:30 a.m. until 10 p.m. Friday through Sunday. Sonya Sorich in Sac Biz Journal.

VIDEO: New Sales Tax Goes into Effect for Sacramento’s Handle District - It has been three years since the Sacramento City Council approved an additional 1.5 percent tax in midtown's Handle District. The Handle District consists of 30 businesses, 14 of which are restaurants between 18th and 19th and Capitol and L. Marin Austin on FOX 40.

VIDEO: Dishin' with Tina: Mad Subs - This week, Tina is checking out a place where they serve the best sandwiches around. On Good Day Sac.