In an effort to cover $22,000 in unexpeted renovation costs, Binchoyaki owners Craig and Toki Takehara launched a Kickstarter to ease the financial burden of opening the Japanese BBQ restaurant.

In doing so, they revealed a couple more details about the restaurant. Here's a partial transcript of the video, where they describe their new venture:

It's a Japanese BBQ restaurant. We do yakitori, and kind of an izakaya-style dining...

Sacramento's also the Farm-to-Fork Capitol of America, so we're going to take some authentic Japanese recipies, use our local ingredients, and make a different kind of food with it...

So our concept is fabulous yakitori plus good sake plus awesome company equals Binchoyaki experience.

Their Kickstarter expires in two weeks. 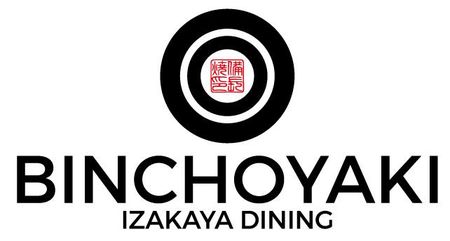 When it opens, Binchoyaki will be located at 2226 10th St., and can be found online at http://binchoyaki.com/.

Dramatically different use planned for former Carrows in Placerville - A well-known El Dorado County brewer is opening a dining concept in a space previously occupied by Carrows. Jack Russell Farm Brewery plans to fill the former Carrows site at 209 Main St. in Placerville with a restaurant and tasting house, according to Matt Dillon, a bartender at the company's brewing facility. He said the new concept is slated to open in December or January. Sonya Sorich in Sac Biz Journal.

Caviar - San Francisco-based food delivery service Caviar has launched in Sacramento. Meals from 20 local restaurants—including Lotus Thai Cuisine, Ink Eats and Drinks, Pizza Rock, Osaka Sushi, Liquidology Bar, Oscar’s Very Mexican Food and Bombay Bar and Grill—can be brought to your door, typically within 60 minutes (there is an 18 percent service fee and a delivery charge ranging from $1.99 to $4.99 depending on location). In Sactown Mag.

Cornflower Creamery now scooping in downtown Sacramento - At last, downtown Sacramento’s only ice cream shop is open for business. Cornflower Creamery held its grand opening celebration over the weekend at 1013 L Street, in what used to be Cafe Roma. The walls got a fresh coat of neutral paint, but otherwise, the interior looks about the same. Janelle Bitker in Sac News & Review.

VIDEO: Food delivery services pick up in Sacramento - Food on wheels ordered through your smart phone – the concept isn't new but it's one that's growing in popularity with customers wanting fresh food at their doorstep. Local eateries are hoping to branch out by tapping into this market. Hot Italian in Midtown worked under the notion, "if you make it, they will come." Carlos Saucedo on ABC 10.

AUDIO: Kushman By The Bottle: Writing In The Wine Industry - This month, we'll talk about bad wine writing in the wine industry, and naturally, Rick thinks his podcast Bottle Talk with Rick and Paul has a lot to do with it. We'll talk with him about it and hear examples. Beth Ruyak on Capitol Public Radio.

AUDIO: Dan Barber And The Future of Food - Dan Barber is an award-winning chef who is challenging Americans to moves beyond farm-to-table in his new book "The Third Plate." He says farm-to-table, referred to as the "Second Plate," improves on a traditionally meat-centric diet by emphasizing locally sourced vegetables and free-range meat. But if we’re letting our taste guide our crop selection we’re ultimately causing soil depletion and nutrient loss, creating, yet, another unsustainable way to farm or eat. Rick Kushman on Capitol Public Radio.

VIDEO: Yelp Man - Alex is taking Cambi to “Twelve Rounds Brewing” to show her why they’re the best place for a beer in the area. On Good Day Sac.