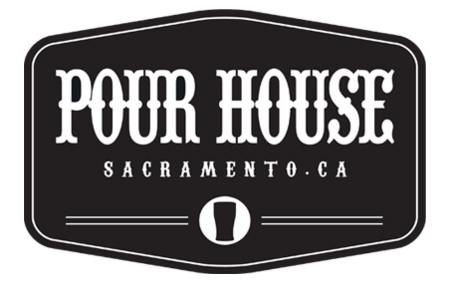 The ownership of Pour House is in flux, reports Bob Shallit in the Sac Bee.

Principal owner Trevor Shults reports he has “an agreement for a possible sale” of the business to the operators of two downtown Sacramento lunch spots, Dad’s Sandwiches and Dad’s on J...

Shults, one of the city’s top bar and club owners, said the sale is likely to close in the next month or so and “free up enough time to focus on the new projects.”

That’s a reference to Seventh and K streets, where Shults and partner Bob Simpson are planning to open up three restaurants and bars, totaling about 12,000 square feet, to serve crowds drawn to the Golden 1 Center opening next year.

The change in ownership was filed with the state's Alcohol and Beverage Control regulators on Aug. 31.

I contacted Pour House's PR team on Sept. 9 asking about an ownership change (thanks to the eagle eyes of a Cowtown Eats reader who sent in a tip), but he declined to provide substantive comment.

The one other tidbit of good news is that it's likely the vaping store will close in the back, per Shallit.

And just to prevent any confusion, Dad's Sandwiches used to own Dad's Kitchen, but Dad's Kitchen has since been sold to other owners.

Pour House is located at 1910 Q Street, and can be found online at http://pourhousesacramento.com/.

Sacramento's first ever pizza festival to take place in October - Sacramento, get ready to grab your piece of the pie during the city's first ever pizza festival. The concept for the celebration, which is called "Sliced" and will take place from Oct. 17-25, came from Federalist Public House & Beer Garden owner Marvin Maldonado and his wife Bridgette. “We were camping and just talking about all of the different and fabulous pizzas that our city’s offering up now,” Maldonado says. After partnering up with friend and fellow local restaurateur Andrea Lepore, co-founder of midtown pizzeria Hot Italian, they decided to host the event in October to coincide with National Pizza Month. Heather Kemp in Sactown Magazine.

Falafel by the ball - It's not the same as the East Coast franchise, but it's called Chickpeas (a subtle difference), and it's in Davis at 640 W. Covell Boulevard. It has the reasonably priced options a hungry vegan would expect from a Mediterranean-slash-Middle Eastern grub hub, like baba ghanoush and hummus. And, of course, falafel—sold by the ball (50 cents each!). Shoka in Sac News & Review.

Freshii adds healthy eating to Terminal A - Travelers to and from Sacramento International Airport have another, fresher dining option in Terminal A with the opening of Freshii, a fast-growing chain devoted to healthy on-the-go cuisine. Fitting in with Sacramento’s farm-to-fork mantra, the new restaurant is part of a $5 million food court upgrade in Terminal A that will include airport extensions of such Sacramento restaurants as Paesanos, Squeeze Inn and Iron Horse Tavern. Debbie Arrington in the Sac Bee.

Here's when you can shop at Total Wine in Elk Grove - Shoppers in Elk Grove don't have to wait much longer to visit a new Total Wine & More store. The new location at 7707 Laguna Blvd. will open Oct. 8, according to the company. Sonya Sorich in Sac Biz Journal.

Ten for 20 at Ten22 - The happy hour selection is not too extensive, but it includes food items for $6 each that don’t appear on the regular dinner menu. If you’re looking for a snack to help settle that $4 well cocktail or $6 sangria mixed with a summery peach liqueur, you have some small but hardy options. Nur Kausar in Submerge Mag.

VIDEO: Mark S. Allen Goes Head-To-Head Against Joey Chestnut In Pumpkin Pie Eating Contest - It was all in good fun at the Elk Grove Giant Pumpkin Festival. On CBS 13.