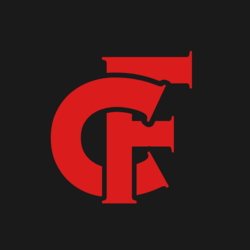 Chicago Fire has become so successful over the years that the local chain is turning into a medium-sized chain, with the addition of an Elk Grove location in Feb. 2016.

So what should you order when you go? This is what Sac Bee restaurant critic Carla Meyer shares what her go to items are and some of her new discoveries.

The Buffalo wings and combination thin-crust pizza are personal favorites for years running. The intensely flavored Great Chicago Fire deep dish pizza and the nicely al dente rigatoni with sausage, both of which we tried for the first time recently, also impressed. Although the deep-dish spinach-mushroom pizza lacks character, its “stuffed” counterpart offers plenty of it, especially when one adds sausage.

While we're on the topic of Chicago Fire, they held a pizza eating contest, in conjunction with Sliced, the celebration of Sacramento's pizza. Local hero Molly Schuyler demolished the competition by eating a large stuffed pizza by herself in 5 minutes, with the next closest contestants pairing up to eat one in more than 10 minutes.

Chicago Fire has locations in midtown, Folsom x2, Roseville and soon, Elk Grove. It can be found online at http://chicagofire.com/.

Counter Culture: Flat iron steak is an instant classic at Cafe Bernardo - Our hefty steak showed up freshly sliced into long strips, with wine-shallot-infused butter melting on top ($18). We were already thinking about seconds. The fingerling potatoes were tender and satisfying, but the expertly seasoned grilled broccoli was a revelation. Could a cruciferous veggie known mostly for being good for us really taste this good? Yep. Allen Pierleoni in the Sac Bee.

Be a jerk: Beef jerky, Midtown Jerky Co. - But one Saturday I somehow woke up in time for the Midtown Farmers Market and found that Midtown Jerky Co. sells these rad little .8-ounce bags ($2 for one, $5 for three). I tried the peppered and the sesame-citrus varieties, which are most definitely worth a large share of your beef budget for the week. Anthony Siino in Sac News & Review.

A new series of tours takes visitors behind the scenes of wineries and breweries in Placer County - Foodies and oenophiles now have a new reason to head for the foothills. Event company Fork ‘N Road Productions has just launched, offering wine (and beer) tours as well as culinary events that highlight Placer County’s agricultural bounty. Jessica Rine in Sactown Magazine.

Vampire Penguin Expands to Natomas - A new Vampire Penguin is slated for Natomas, sources confirmed this week. The shaved-snow and desserts restaurant will be located in the Sacramento Gateway shopping center at 3620 North Freeway Boulevard, in Suite 300, two doors down from Beach Hut Deli. It is expected to open for business in January 2016. On Natomas Buzz.

Brewed by Design: The brewery tasting room is a new kind of social space, where ambience matters as much as ale - Wine tasting is often an experience shared only by the taster and pourer. A brewery tasting room, however, needs to facilitate the gregariously social aspects of craft beer, making space for interaction and mingling. Room to brew, room to chat and room to sample flights of beer make for highly dynamic spaces that bring to life the distinct personalities of brewers and their art. Many breweries refuse to simply throw down some picnic tables in a warehouse next to the fermenting tanks, instead seeking an architectural edge to complement feisty lagers and ales. Andy Galloway in Comstocks Mag.

VIDEO: Cooking: Crepes - Paul is in the kitchen with Wade Hampton from iHop learning what goes into a fruity crepe. On FOX 40.