Cowtown Eats
Mon Tues Wed Thurs Fri Sat Sun About
Dining News: Sac Bee Critic on 'The best meal I have had in ages'
Buy One, Get One Free at Peet's Coffee through Sunday

Dining News: How Cask & Barrel Are Succeeding When Others Have Failed 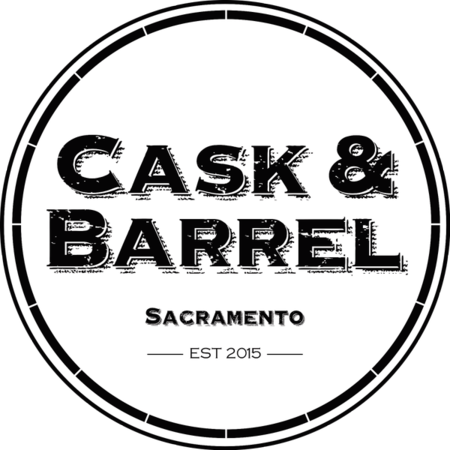 Cask & Barrel seems to have done the impossible - be a successful restaurant in a space where so many others have failed. Rick Kushman tells us how, in Comstocks Mag.

Cask & Barrel has 40 seats, and has been averaging about 75 people a night. The duo says there is a list of advantages that come with a smaller size, starting with the obvious: A slow night causes less financial damage.

First, it means fewer people on the floor and in the kitchen. When they opened in February, Cask & Barrel ran with two people cooking. Now they’re up to three. All are experienced chefs who’ve worked with Glasier before...

Second, the smaller size addresses a huge factor in any restaurant’s success — managing food costs. Cask & Barrel projects within a tighter range, and that slow night doesn’t leave crates of food spoiling in the walk-in cooler.

The menu is either small bites or shared dishes — no traditional entrees — which Flores says makes their costs more predictable, gives prices the air of affordability while actually driving the average check up, and keeps customers satisfied with the variety those dollars provided.

Disclosure: Cask & Barrel advertises on Cowtown Eats. I also find the owners Gabriel Glasier and Kristel Flores a delightful couple and chose their event space to host a baby shower. If you haven't given their restaurant a try, you NEED to go. At a minimum, check out their happy hour.

Cask & Barrel is located at 1431 Del Paso Blvd. and can be found online at http://caskandbarrel916.com/.

For those who (like me) find Rick Kushman insightful, he also hosts a successful podcast Bottle Talk with co-host Paul Wagner. This is how they describe their show:

Wine does not have to be a mystery. It doesn’t need to make you feel you’re being tested to join some secret Skull & Bones Society. The stuff is, after all, wine. All you really need to know is how to get it open and which end of the glass to drink from. (We’re pretty sure it’s the open part.) Most of us drink it because it’s fun.

Device’s collaboration beer a reflection of Sacramento’s reputation - When Device owner/brewmaster Ken Anthony was at the Great American Beer Festival in Denver in September, he met San Diego-based Alpine Beer Co. co-founder Pat McIlhenney. Anthony earned his bachelor’s and master’s degrees in structural engineering at the University of California, San Diego, and has been a big fan of Alpine’s beer. “Alpine was one of the breweries I really looked up to and I went there quite frequently,” Anthony said. “When I met Pat at GABF, we struck up a conversation and he said, ‘We should do a collaboration.’ I told him, ‘Don’t tease me like that,’ but he said he was serious.” Blair Anthony Robertson in the Sac Bee.

Counter Culture: Tiny T.M. Noodle is big on choice and quality - Such a customer-friendly price-to-portion ratio is rare in our travels ($5 to $11, with one seafood-based dish at $17). Factor in the quality of the ingredients, and you’ve got a bargain. Catch it while you can. Allen Pierleoni in the Sac Bee.

Sacramento's Chipotle-ization of slices and pies continues - I hate on Pieology as much as the next person. But that doesn’t mean I think a Chipotle of pizza business model can’t work, just that Pieology is lame. Enter Sacramento Pizza Co. (2700 East Bidwell Street, Suite 500, in Folsom), a local business capitalizing on what has become a very popular concept nationwide: customizable, made-to-order personal pizzas. Choose crust, sauce, cheese, toppings, then wait a few minutes and eat. Janelle Bitker in Sac News & Review.

Forget the PSL: Ginger Mocha, Yellowbill Cafe and Bakery - I'm a ginger junkie, but I never thought coffee and ginger could be a thing. A quick Google search reveals that I'm uneducated, though, because that's definitely a thing, and it's done real well at Yellowbill Cafe and Bakery with its Ginger Mocha ($4.25 for 12 ounces, $4.75 for 16). Anthony Siino in Sac News & Review.

New place to get a drink in Roseville's Galleria - A local company hopes to quench the thirst of holiday shoppers at the Westfield Galleria in Roseville. Pure Life Juice Co. Inc., which debuted in Folsom earlier this year, will soon have a presence in the Roseville shopping center. Sonya Sorich in Sac Biz Journal.

Big brewery filling former movie theater in Auburn - If you think the founders' background stories are interesting, wait until you hear about the space Crooked Lane Brewing Co. will occupy. Located at 536 Grass Valley Highway, it's expected to open in the first half of 2016. It fills a prominent building that has housed a movie theater, a car dealership and even a martial-arts dojo. Sonya Sorich in Sac Biz Journal.

VIDEO: Localis Restaurant in Midtown Sacramento - Chef Chris Barnum from Localis in Midtown joined us in our little kitchen, and the food was GREAT! Check out Localis and their "Hyper-Seasonal Food" at the website below. Paul Robins on FOX 40.

VIDEO: It's Nacho Truck - A gourmet nacho truck has hit the streets of Sacramento and Tina is getting the details! Tina Macuha on Good Day Sac.