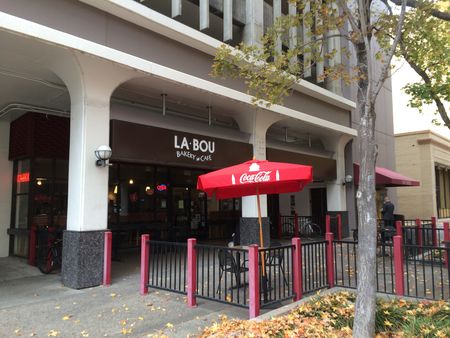 The Sacramento County Environmental Management Department, which inspects and regulates the health standards at restaurants, ordered one of La Bou's Downtown locations closed last week due to "vermin and animal contamination."

The restaurant, located at 1122 11th St. failed its inspection on Monday, Nov. 23 and reopened the next day after eradicating the infestation and passing a second inspection.

This happens more than you think, even at good restaurants. Unfortunately, restaurants often aren't the building owners and little gaps may allow roaches to enter the kitchen. The responsible ones, like La Bou, get the problem fixed in a day. Recently, Goldfield was closed due to a similar infestation, Cafe Bernardo at 10th & K was closed by the health department in July and even beloved chef Daniel Pont had La Bonne Soupe Cafe closed due to a pest problem.

Even though I knew the restaurant had faced an infestation recently, I ate at La Bou earlier this week (though they've recently raised the price of my go to meal there - the large Chinese chicken salad - to $8).

Discuss Prohibition at Limelight amid vintage cocktails - The folks at the Limelight Cafe-Bar know a good book when they see it, so they’ve invited Sacramento historian Annette Kassis over for a discussion and signing of her “Prohibition in Sacramento: Moralizers & Bootleggers in the Wettest City in the Nation” (History Press, $20, 160 pages) on Dec. 5. Allen Pierleoni in the Sac Bee.

Beer fans line up out the door to try Device/Alpine collaboration - Word spread among local craft beer lovers when Alpine Beer’s Pat McIlhenney and Ken Anthony of Device Brewing decided to make a collaboration beer. At the pre-Thanksgiving release party Wednesday, the line was often out the door as folks clamored to try the new IPA, which featured Alpine’s signature hop haze and robust citrus flavor profile. Blair Anthony Robertson in the Sac Bee.

Via S.F. - San Francisco transplant: The Tây Giang Restaurant story goes the same way so many other San Francisco stories go these days. The Vietnamese restaurant was a mainstay in San Francisco’s Outer Sunset district for 16 years. Then a lease expired, the city got too expensive and Tây Giang was forced to close last December. A bummer for loyal fans, but a boon for Sacramento. Tây Giang is hoping to open its reincarnation on the cusp of Elk Grove, at 7321 West Stockton Boulevard, Suite 100, this month. Janelle Bitker in Sac News & Review.

VIDEO: Evan’s Kitchen… Delicious! - Chef Evan Elsberry stopped by our studios the day after Thanksgiving and whipped up a crazy delicious breakfast using Thanksgiving leftovers. The Turkey-Stuffing-Gravy Hash was devastating. Check out Evan's Kitchen near Sac State for one of the best meals you've ever had. Paul Robins on FOX 40.

VIDEO: Ettore’s Taste of Thanksgiving - Gary is checking out Ettore's in on Fair Oaks Blvd. checking out all of the goodies and merchandise you can buy last minute for Thanksgiving tomorrow. Gary Gelfand on FOX 40.

VIDEO: Thanksgiving Leftover Cubano Sandwiches - The best leftovers are Thanksgiving leftovers. Jason Poole from Preservation & Co. and Matt Brown from the Pop-Up Truck give us an out of the box suggestion for our Turkey Day leftovers - a Cubano sandwich. Bethany Crouch on FOX 40.

AUDIO: Ettore's European Bakery and Cafe Makes Treats Available for the Holiday - Thanksgiving is not only about the turkey and fixings, it is also about the luscious desserts that go with the big dinner afterwards. Ettore's European Bakery and Cafe has some of the most scrumptious treats in Sacramento from pies to cookies to breads and cakes. On FOX 40.

VIDEO: Food Truck Thanksgiving - The Salvation Army is teaming up with Drewski's and SacMoFo to feed those in need. On Good Day Sac.