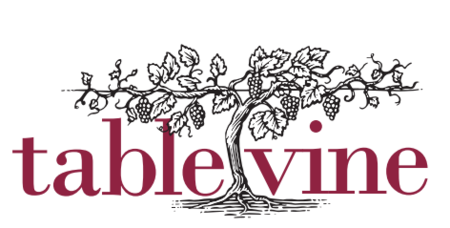 The exterior has been painted fern green. Inside, there’s a new cream-colored limestone wall, a pervading neutral color palette and vases full of burgundy-stained wine corks. It looks brighter, more open and gives off a wine country vibe, which is exactly TableVine’s goal.

The executive chef is Scott McNamara, who actually headed the kitchen at Bistro Michel during its most critically-acclaimed years. He left Bistro Michel to open Brasserie Capitale, which has also received generally favorable reviews. At TableVine, he’ll no longer be preparing classic French cuisine, rather, eclectic European fare. Farm-to-fork? Of course.

TableVine is located at 1501 14th Street, and can be found online at http://www.tablevine.com/.

Family closes two-generation Sacramento tofu business - For decades, the Kunishi family were faithful servants to soybeans. Because a livelihood based on fresh tofu means the soybeans are always calling, ready to be rinsed and soaked, then pressed into a thick milk that ultimately transforms into soft tofu. Holiday dinners, birthday celebrations, a much-needed evening of rest – much of this often played secondary to the high-maintenance needs of the beans. But in turn, the soybeans were good to the Kunishis. The family’s Sacramento Tofu Co. nourished generations of Sacramentans with its freshly made products. And the business nurtured its owners, one bushel of beans at a time, providing for college educations and food on their own tables. Chris Macias in the Sac Bee.

The Dollar-Wise Gourmet: 'Tis the Season to Eat Cheaply at Westfield Galleria's Food Court - If your holiday shopping spree includes a romp through Roseville’s biggest shopping mall, Westfield Galleria, you’ll have no problem finding places to refuel. This high-end mall offers everything from sit-down meals at upscale restaurants (Il Fornaio, anyone?) to grab-and-go pretzels at Auntie Anne’s. For this month’s column, though, I went straight to the center of the action: the food court. It’s an especially nice one, with some 15 eateries and virtually every kind of cuisine, from Greek to Thai. While steering clear of McDonald’s, Rubio’s and Panda Express (we figured you already know about those), The Boyfriend and I sampled something at nearly every other venue, with one caveat: The price ceiling was $8. This immediately ruled out several eateries, including the Mongolian barbecue place, where noodle bowls start at $8.65, and Aria Kabob Cuisine, where prices are $8.99 and up. Here’s what we liked best. Cathy Cassinos-Carr in Sac Mag.

Feast Q&A: Dinner for 12, or a party of 150 - Sacramento caterers Dio and Terese Esperas are ready for the holiday-party season. The husband-wife owners of A Healthy Kitchen specialize in planning and cooking dinners at private parties for 12 to 150 guests. They also host group cooking classes and demonstrations in private homes, and teach cooking at the Sacramento Natural Foods Co-op. Allen Pierleoni in the Sac Bee.

Lao-Thai Cafe: A better Thai game - Located near Vampire Penguin and Happy Day Spa, Lao-Thai Cafe took over the old Thai-Thai Express location. It opened about seven months with local legend Yee (no last name needed—or given, SN&R asked) in the kitchen. She used to prepare food from her house and developed a cult following...Everything we tried was fantastic—expertly prepared, layered with flavor and generously portioned. When it’s busy, service can be slow, but get in early and order widely. It’s worth the trip. Ann Martin Rolke in Sac News Review.

VIDEO: Prepping the turkey - Chef Evan Elsberry from Evan's Kitchen shows you how to get the turkey ready. Brian Hickey on KCRA.

VIDEO: Dishin' With Tina: Primo Pizza - Tina is checking out a tasty restaurant where they served delicious pizza. On Good Day Sac.