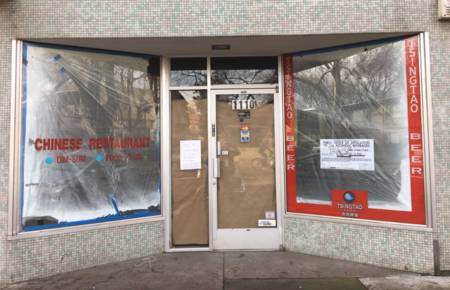 Midtown's The Coconut Thai Restaurant is adding a second location, replacing Capital Tea Garden at 1110 T Street and around the corner from South.

In a short interview with the owner Nan Pangpanga, she told me that she came to America from Thailand in 2005. In Thailand, she had a bachelor's degree in accounting and finance and a master's degree in management. In Thailand, she had an import/export business, and tried to sell Thai silk across the world. Unfortunately, she soon realized she couldn't compete with China.

After she moved to America, she worked in restaurants, most recently at Thai Paradise in Folsom. While she was working at a restaurant, she took her analytical mind and analyzed what people ordered for a month. That helped her shape the menu at Coconut Midtown.

Pangpanga's goal is to get as close to organic as possible. (She would do fully organic, but many ingredients aren't certified as organic since there's not the demand for that yet in the Asian market.) She also notes that while her price point is lower than her competitors on the same street, she still uses expensive ingredients like rice bran oil. (A subsequent search on Amazon shows that rice oil's about 37 cents an ounce, whereas canola oil is about a third less.) She also stressed that the restaurant was vegan friendly.

I confirmed on Tuesday afternoon that the restaurant would be adding a location and not just moving. The restaurant is expected to open in February. 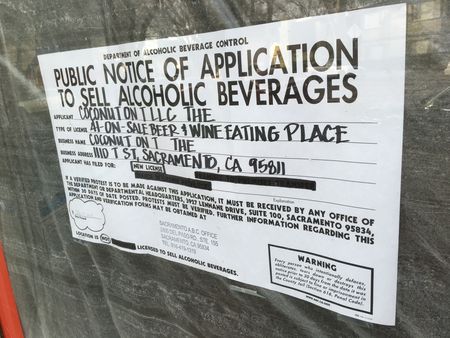 So how's the food? In early 2014, the Sacramento News & Review's Garrett McCord wrote:

The Coconut downtown will be located at 1110 T Street and can be found online at http://www.coconutmidtown.com/.

Thank you to Cowtown Eats reader @Sugit for the tip.

Tiki makes comeback in midtown Sacramento with the opening of Rum Rok - Rum Rok opened Dec. 9, establishing itself as the first full-fledged tiki bar Sacramento has seen in many years. The bulk of the cocktail menu is rum-based, the drinks served in Polynesian-styled mugs decorated with paper umbrellas and wedges of pineapple – just like a trip to Trader Vic’s or TV’s “Fantasy Island.” Rum Rok is a new project from Bob Simpson, a veteran Sacramento nightlife impresario, and partners Jesse Barnes and John Russell, who co-own Republic Bar & Grill with Simpson. A full plate of major projects are in store for Simpson during 2016, including a trio of businesses that will serve food and drink at Seventh and K streets near Golden 1 Center. But right now, the focus remains on getting Rum Rok rolling into the new year. Chris Macias in the Sac Bee.

Nothing fancy: Old Fashioned, B-Side - B-Side comes from the people behind Shady Lady Saloon, but without any of that high-end cocktail business—when I asked for fancy, the bartender looked at me like I was hopeless before making me an Old Fashioned ($6). Turns out it was exactly what I wanted. Anthony Siino in Sac News & Review.

Happy New Year’s pizza!: Individual pizza, Zelda’s Gourmet Pizza - Easy, every Zelda’s deep dish pizza is also available as an individual 6-inch pie ($6.50-$9). There might not be leftovers, but at least you won’t have to share. Rachel Leibrock in Sac News & Review.

Sippable sludge: Drinking Chocolate, Temple Coffee Roasters - If regular hot chocolate is too weak for you, consider Temple’s drinking chocolate ($5.50). It comes with a spoon and glass of water, and both are necessary to fully appreciate the thick, dark sludge. Janelle Bitker in Sac News & Review.

VIDEO: Cooking: The S’mores Bar - Bethany is in the kitchen with Jenn Cheng the owner of The S'mores Bar. This sweet spot is located in Davis at Common Grounds Coffee 2171 Cowell Blvd. Jenn is currently working on raising enough money to open up an actual storefront for her business. Bethany Crouch on FOX 40.

VIDEO: Heringer Wines Eco Casks - Nha is at Heringer Estates Winery getting a closer look at how they are being ecofriendly! Nha Nguyen on Good Day Sac.

VIDEO: Dishin’ with Tina: Weiner Works - A shop known for their dogs is showing off their food. On Good Day Sac.