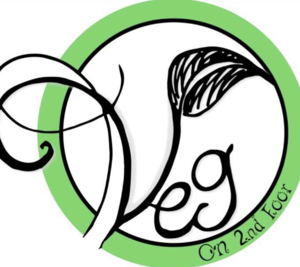 Replacing the night club will be VEG, a coffee, bar & tea room.

Suleka Sun-Lindley, who co-owns Thai Basil and Veg, said the idea has been in the works for about two years. She also co-owned Level Up Lounge.

She called the new concept "completely different." While Level Up Lounge catered to a nightlife crowd, Veg will specialize in breakfast and lunch service, according to Sun-Lindley. She's considering offering dinner service for select occasions, such as private events.

According to their Facebook page, VEG officially opened for business on Wednesday, Jan. 6.

VEG is located at 2431 J Street., and can be found online at https://www.facebook.com/vegcafemidtown.

Empress Tavern: Retro meat-and-potatoes fare in a fun (if somewhat noisy) setting - Of all the gin joints in all the towns in all the world, Empress Tavern is a beauty. Located below the Crest Theatre on K Street, it’s a subterranean trip to the past. The long-anticipated Empress opened in September, with its sister restaurant, the vegetarian Mother, having already paved the way above ground. Proprietors Michael and Lisa Thiemann have once again picked an offbeat theme and exceeded expectations. Ann Martin Rolke in Sac News & Review.

Dos Coyotes expanding with new stores in 2016 - Locally-owned Dos Coyotes Border Cafe plans to add up to four locations in 2016, most of which are outside the Sacramento region. It marks another step forward in the company's franchising efforts. Sonya Sorich in Sac Biz Journal.

First Impressions: Land Park’s new Meet & Eat - The meaty mushroom-cheeseburger was a two-handed treat, served with excellent crisp and skinny fries. “I want to taste good-quality meat on my burger, and this one delivers,” said a lunch pal. Competing with that four-star sandwich was a trio of messy marinated-shrimp tacos. The tortillas, with satisfying corn flavor, were topped with perfectly ripe avocado, mixed greens, diced onion-tomato, cilantro dressing and, for once, a whole bunch of really tasty shrimp. The side of fiery salsa added the right bite. Allen Pierleoni in the Sac Bee.

Sacramento area retailers saw a merry holiday shopping season - Sacramento-area consumers also spent on meals for themselves and their out-of-town guests, based on a random sampling of local restaurants. At Rudy’s Hideaway, the steak and seafood destination that opened in Rancho Cordova in 1972, owner Steve Ryan said “it was definitely a great December. I would say that we’re somewhere like 15 percent ahead of last year, which also was a very good year.” Mark Glover in the Sac Bee.

No more chasing - In other food truck news, Granola Girl Food Truck started parking regularly at its east Sacramento headquarters (6421 H Street) earlier this month. If you’re sick of hunting down food trucks via Twitter or hate waiting in lines at specific food truck events, now is the time to check out Granola Girl more or less whenever it suits your schedule. Janelle Bitker in Sac News & Review. (Third Item.)