Dining News: Who the Hell are Beers in Sac & What Are They Doing? 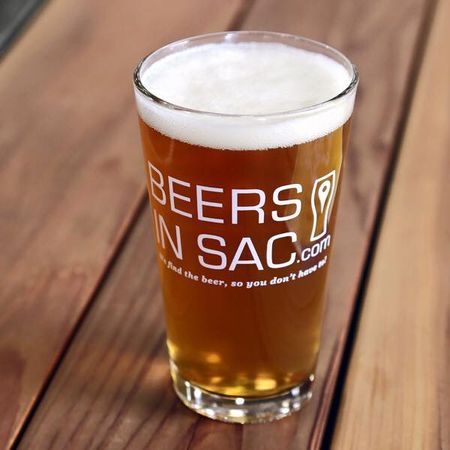 If you've been to an event with craft beer lately, you've probably seen the Beers in Sac team pour beers, organizing the event, etc.

My curiosity was piqued last summer during Gather Oak Park, where people wearing Beers in Sac shirts were pouring the beer. They were just at the Fairytale Town event I had gone to several weeks earlier.

I knew they started as a Web site listing the various beers on tap in Sacramento and later added a smartphone app, but it was clear they were much more than that.

So I decided to ask. Here's an e-mail Q and A I did earlier this month with Ted Rozalski, who partnered with Scott Scoville to found Beers in Sac:

Q: How did Beers in Sac start?

A: The original concept was to host a live search engine for all beers currently on tap in the Sacramento region. After a few months of keeping the search engine updated, we decided our time was better spent by covering the happenings in the region as a whole by promoting events and developing content. We still feel, with the right technology and capital, someone will figure out how to properly keep an up-to-date search engine for beers on tap.

Q: From your original vision, what has it expanded to?

A: We originally proposed to have a website that helped users find their favorite beer in the various bars, restaurants, and breweries, but quickly found that there was so much more that had yet to be covered. We slowly started to promote and market for bars, restaurants, breweries, events, etc. Beers In Sac is online-focused, and social media driven, promoting via Facebook, Twitter, and Instagram.

We have delved into content creation, with contributing writers and photographers at Beers In Sac, covering reviews of beers, places, and news. Last year, we teamed up to co-produce a short film documentary on the resurgence of hop farming in the area.

Moreover, as the scene has grown, we realized that there was no central location for the industry to post beer jobs, or for job seekers to get jobs in the industry, thus we created the first ever Beer Industry Job Board, which we are proud to have indirectly played a small part in job creation in the region.

We've also grown our Email Newsletter, which has been a great way to get all the beer discounts, deals, and savings directly to those that want it the most.

Most importantly, as we continued expanding Beers In Sac, we found that the mobile experience needed improvement, so we created the free Beers In Sac app, available on iOS and Android, which allows thousands of users throughout the region to navigate the ever-growing craft beer scene.

Recently, we have started to develop smartphone applications for other industry businesses, for example, we built and managed the CA Craft Beer Summit App for the CA Craft Brewer's Association. And the Summit was amazing, definitely a must see event for next year!

Q: Who are the founders and how is the group organized?

A: Ted Rozalski and I are the original founders of the company, however over the past year, we have grown to include many staff, contributing to the growth and vision of Beers In Sac. This also includes Cicerone and BJCP Certified staff, which has not only contributed to the growth of our company, but ourselves knowledge of beer as well. The company is structured to continue to evolve as the market changes, and our primary goal is to continue to find ways to support the craft beer scene in the region, while informing the public via multiple platforms what's going on in the beer community.

Q: I see people wearing Beers in Sac shirts pouring beer at community events like Gather Oak Park and local fundraisers. How did you guys get involved in events like that?

A: As the Sacramento beer scene evolved, so did craft beer-centric events in the region. We've participated in various beer weeks, Sacramento and Stockton Beer Weeks, which helped give us a platform. We have been receiving requests by various event organizers to manage and curate beer areas. As things progressed, we were able to tap into our user base to find out what beers they wanted to see at events, and thus began to create beer areas that really identified with beer aficionados, as well as the person that was just getting into craft beer.

Gather Oak Park has given us a platform to curate beer areas for other large scale events, and currently, we are running the tasting garden at the Midtown Farmer's Market, which is bi-monthy, featuring a different brewery every month. Other events that we've run is the annual Cafe Au Ale which is a Coffee Beer Competition during Sacramento Coffee Week, the Fantasy Food Truck Showdown which is a Summer-long event series featuring a competition between the best of the gourmet food truck scene, Craft Beer Industry Night at the Sacramento Rivercats which was a unique opportunity for industry folk to gather and socialize together, and countless others.

We're really excited to be bringing the first ever Beer Fest to Elk Grove on May 27th, 2016 benefiting the Runnin' For Rhett Foundation (children's exercise program), and will also be helping organize another Beer Fest in Land Park in June, and Yolo Micro Brewfest at the end of next Summer. Almost every event we participate in, is centered around a Non-Profit, so it's been an incredible opportunity to partner with some great organizations doing amazing things in Sacramento. For example, we helped organize a Beer Fest at Fairytale Town over the Summer called Tales and Ales, and have first hand seen the impacts of the money raised from that event. It's amazing to bring your kids to this children's theme park that has been around for decades, and see improvements being made to ensure that it remains open for the next generation.

Q: Is Beers in Sac your day job? If not, do you guys make any money at this?

A: We are generating revenue via advertising, event management, and promotions/marketing, and are beginning to develop smartphone applications for other industry businesses.

We have outside employment that helps supplement what we do, but this is essentially full-time for us. We also have 1 full-time employee, and 1 part-time employee.

Thanks to Scott and Ted for indulging my curiosity.

Beers in Sac is partnering with Track 7 and the Sacramento Kings for Long Live The Kings, a special Sac Beer Week event on Friday, Feb. 26.

Head to Track 7 Natomas from 4 to 7 p.m. before the Clippers vs. Kings game for a special commemorative Kings/Beer Week engraved stainless steel credit card polished bottle opener, with proof of purchase. Visit Beers in Sac for more information.

VIDEO: Tasty treats galore at Sacramento’s Bacon Fest - Sacramento’s bacon fest is underway and Chef Bryan Martinez from Raley’s is here with his entry for the Bacon Fest competition. Deirdre Fitzpatrick on KCRA.

VIDEO: Bacon Fest at V. Miller Meats - Gary has found the source of all the bacon making its way around Sacramento. V. Miller Meats does their best to give every cut of meat the attention it deserves. Gary Gelfand on FOX 40.

VIDEO: Bacon Fest Brunch - Chef Brian Mizner is in the studio from Hook & Ladder is in the studio with loads of bacon. They will be featuring everything bacon -- even bacon cocktails! -- on January 30 from 10 a.m. - 2 p.m. Paul Robins on FOX 40.

Veg replaces Level Up Lounge with vegetarian eats - Calling all vegetarians, vegans and gluten-free folks. A new Midtown cafe will probably interest you. Veg (2431 J Street) is now softly open in the space above Thai Basil. It used to be Level Up Lounge, and Veg comes from the same owners as the two aforementioned businesses. Janelle Bitker in Sac News & Review.

Fresh Beer Near - Three Mile Brewing Co. is heading into the final stretch of construction. If all permits go as planned, its seven owners hope to start serving to the public on Saturday, Feb. 13. The taproom is inside the Court N’ Cedar courtyard at 231 G St. Wendy Weitzel in the Davis Enterprise.

A liquor switch: Darjeeling Gin, California Distilled Spirits - Sad news for whiskey sippers: the popularity of brown liquor in the last few years has made aged whiskey hard to find. Obviously, we all need to switch to gin. One local option is Darjeeling Gin ($35.99 for a 750-milliliter bottle) from Auburn-based California Distilled Spirits. Ann Martin Rolke in Sac News & Review.

Six signature soups to sample for National Soup Month - January is National Soup Month and we’ve rounded up six local places where you can warm your spirits and ward off those winter blues. Cozy up to a bowl of one of the region's most popular soup dishes. Featuring Bistro 103 in Aubourn, Tequila Museo Mayahuel, Muntean's, Danielle's Creperie, Ramen House Raijin and Oak Park Brewing Company. Anna Petkovich in Sactown Mag.