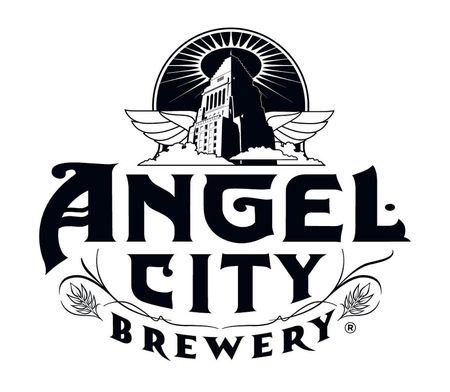 Angel City, whose brewery is located in the Arts District just six blocks from LA's City Hall, was founded in 1997 by Michael Bowe, a homebrewer who won the prestigeous “California Hombrewer of the Year” award in 1995 and 1996.

The brewery has since been purchased by Alchemy & Science, an "independently operating” subsidiary of The Boston Beer Company, which brews Sam Adams.

Locally, their Web site says the beers can be found at:

I haven't tried these beers, but it's always good to have more choices.

Pizza Port arrives - Pizza Port has arrived. One of California’s most coveted craft breweries has made a retail foray into the increasingly crowded Sacramento craft market. I spotted Pizza Port’s distinctive cans recently at Curtis Park Market and Capitol Beer & Taproom. The latter will host a Pizza Port launch party/tap takeover Feb. 11. Hook & Ladder has it on draft. If you’re curious about a brewery that has won numerous medals at World Beer Cup and twice captured “Small Brewpub of the Year” at the Great American Beer Festival, be sure to check out these beers. Blair Anthony Robertson in the Sac Bee.

Old-school excellence: Biba’s - Now that construction at the nearby Sutter Medical Center has finished (and before construction on both a new hotel and the new B Street Theatre venue begins) it’s the perfect time to rediscover this pinnacle of fine dining or eat there for the first time. Garrett McCord in Sac News & Review.

Woodland’s Main Street gains momentum - Foodie experiences have popped up in downtown, including fine dining at Morgan’s on Main, sandwiches and beers at Stack’d and Brew’d, and new ownership of the Savory Cafe. Ellen Garrison in the Sac Bee.

Bumping up minimum wage helps workers, costs businesses and customers - There’s a price to be paid for raising the minimum wage. At one local Mexican food chain, it’s 14 cents a taco. Businesses and nonprofit groups have been adjusting to the state’s new $10 minimum wage since it superseded the old minimum wage of $9 an hour on Jan. 1. Some have raised prices or fees. Others have cut back hours. And many are thinking about the increases still to come. Hudson Sangree and Mark Glover in the Sac Bee.

Sacramento food delivery company turns on the jets - One minute? The new firm does that by ordering meals in advance from select Sacramento restaurants for lunch and again later in the day for dinner. It packages them at a north Sacramento warehouse, then loads them into tricked-out company cars that have been modified to include coolers and hot packs. The drivers – “pilots” in FoodJet parlance – then circle around town, like planes in a holding pattern, until they receive an order via the company’s mobile phone app. Bob Shallit in the Sac Bee.

Chef Bill Ngo of Kru fame branches out into premium food for dogs - Bill Ngo, owner/chef of Kru and, more recently, Fish Face Poke Bar, is branching out into the premium dog food business. Healthy Hound Kitchen has already started construction at the site of the former Queen of Tarts Bakery Cafe, 3608 McKinley Blvd., in Sacramento. Ngo will partner with three others, all former classmates from Rio Americano High School. Blair Anthony Robertson in the Sac Bee.

VIDEO: Metro Kitchen + Drinkery - This place is a farm-to-fork cafe and cold-pressed juicery where they offer great food and drinks. Cambi Brown on Good Day Sac.

VIDEO: The Savory Café - They're known for breakfast and lunch in Woodland but now the Savory Cafe is satisfying taste buds with culinary cuisine at dinner. Cody Stark on Good Day Sac Part 1 | Part 2.