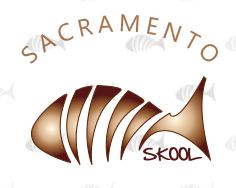 Skool on K, the Sacramento outpost for a San Francisco-based seafood restaurant, is scheduled to open on Friday, Feb. 12, it announced on Facebook.

Here's how Skool describes themselves:

We aim to create a bountiful, ever-changing community of great food and company.

The restaurant has yet to post a menu on its Web site, but assuming its menu is similar to its San Francisco sister restaurant, appetizers will start at $8, and entrees will cost between $20 and $30. I wouldn't be surprised if real estate costs allowed the Sacramento restaurant to be a little more affordable. Time will tell.

When it opens, Skool on K will be located at 2319 K Street and can be found online at http://skoolonkstreet.com/.

Bay Area brewer opening Sacramento taproom in midtown - Berkeley-based Fieldwork Brewing Co. will open a taproom in midtown Sacramento, the company confirmed on its Facebook page Wednesday night. It's scheduled to open this summer at 1805 Capitol Ave., which is next to Zocalo. The new taproom will offer a rotating variety of beers, according to the Facebook post. A listing on LoopNet says the space covers 1,460 square feet. Sonya Sorich in Sac Biz Journal.

Coffee Plus - When you go to a coffeehouse in the morning, generally the most you can expect is a scone or a muffin to go with your pour-over or single-origin espresso. Not so at Old Soul Co., Bloom Coffee & Tea and The Mill. Marybeth Bizjak in Sac Mag.

Drink with the dinosaurs - Besides having the most pun-tastic name ever, Tea Rex (2475 Elk Grove Boulevard in Elk Grove, Suite 150) has a menu full of novelty consumables, including milk tea, boba, slushy, sushi, ramen and ramen burger—most of which is not vegan. Shoka in Sac News & Review.

Piggy pop-up - You wouldn’t expect excellent food in trippy dive bar Back Door Lounge in Old Sacramento. But now the kitchen belongs to Aaron Anderson, a former fine dining chef with stints at the Ritz Carlton in Arizona and the Hyatt Regency in San Diego. He came to Back Door in October, revamping the dive bar’s usual breakfast and lunch fare with farm-to-fork sensibilities. Janelle Bitker in Sac News & Review.

Legit flavor: Taste of Angkor - The menu offers a mix of other Southeast Asian dishes—Lao, Thai, Mien and Vietnamese—and traditional Cambodian offerings. Recipes all come from Som’s mom or friends’ moms. That means they may differ from what you found in restaurants on vacation in Cambodia or Laos, but that doesn’t mean they’re not legit. Janelle Bitker in Sac News & Review.

Kudos: A new restaurant with a do-gooder concept opened in Rancho Cordova - Angel Platters A Village Cafe (2931 Sunrise Avenue, Suite 100). It hires its staff through nonprofit agencies, aiming to help those who have suffered unemployment get back into the workforce.  Janelle Bitker in Sac News & Review. (Third item)