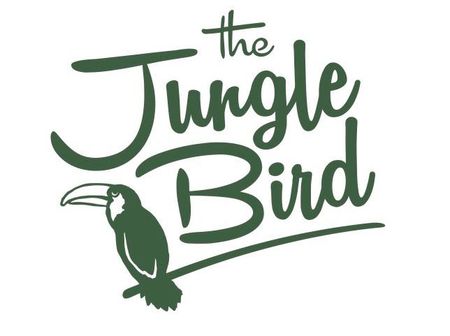 Kru initially expected to retain the spot at 2516 J St., likely for a restaurant with a slightly different concept. But on Tuesday, Kru chef and owner Billy Ngo confirmed he won't be involved in the new business.

Ngo said he once planned to redo the concept for Red Lotus, his midtown dim sum restaurant that closed in 2011, at the Kru space. Red Lotus was at 2718 J St. With Kru's move and the expansion of Fish Face Poke Bar, his other restaurant, he decided to wait.

This is the first I had read that the space was supposed to become a Red Lotus. Ngo told the Sac Bee in August 2014 that Kru would be replaced by a "new sushi-only concept that is intended to showcase the craft at the very highest levels."

Sorich also reports that Kru expects to move into its new, larger location adjacent to Obo' Italian in June.

As for The Jungle Bird, information was not immediately available about the concept. However, The Jungle Bird is a tiki drink invented in the 1970s in Kuala Lumpur. With Tiki bars again rising in popularity, my money is that we'll have more rum and tropical drinks on the grid.

Craving of the week: The Mill’s Waffle-in-Hand - The waffle, which is served from 7 a.m.-noon every day, is made in the same few minutes it takes to make your cappuccino and can be placed on a plate with sides of maple syrup, house-made butter or jams in flavors like pluot. But we think it's at its best when ordered the same way they do in Belgium: plain, in hand and on the go. Either way, no waffling about this breakfast treat: We give it two sugar-coated thumbs up. Tori Masucci Cummins in Sactown Mag.

Berkeley’s Fieldwork Brewing to open taproom in midtown - Fieldwork Brewing, which exploded on the craft beer scene in the Bay Area a year ago and rose to lofty heights among aficionados, has signed a deal to open a taproom in midtown Sacramento. The new branch is considered a significant step in the city’s burgeoning beer scene and a contribution to its growing reputation as a craft beer hotbed. Blair Anthony Robertson in the Sac Bee.

Dining review: Dos Coyotes, 25 years, enduring quality - Turns out the food does not require embellishment at Dos Coyotes, a counter-service, Southwestern-food chain founded in 1991 in Davis by Southern California transplant Bobby Coyote (not his government name, but the only one he uses professionally). Dos Coyotes’ chicken, marinaded with citrus and herbs before being charbroiled, is consistently tender. Its shrimp is juicy and its green chili sauce, made with New Mexico hatch chilies, carries a sneak-attack touch of heat. Carla Meyer in the Sac Bee.

New ice cream sandwich business has big plans for the region - Smoosh, which will serve made-to-order ice cream sandwiches, has finalized plans for locations in Folsom and Rocklin. The Folsom store will debut first, and is expected to open by mid-March. That store fills about 3,000 square feet at 811 Wales Drive in Folsom's Commonwealth Square shopping center. Sonya Sorich in Sac Biz Journal.

First Impressions: Hot Italian arrives in Davis - Hot Italian is an apt addition to Davis’ crowded pizza field, given its quality product in an upbeat, Eurocentric atmosphere. For those craving a pizza option that feels less like a frat house with a pizza oven, Hot Italian works well for couples on date night and a good option when the parents come to town and Mom or Dad is treating for lunch or dinner. Others who simply love pizza might be starting a new Davis debate: Who has the best pizza in town: Hot Italian or Village Bakery? Chris Macias in the Sac Bee.

VIDEO: Beer and Mac N’ Cheese Pairing with Mraz and 36 Handles - Paul is in the kitchen with chef Stephanie Starline and Mike Mraz finding out how they will pair five different mac n' cheese dishes with five beers. Paul Robins on FOX 40.

AUDIO: Dos Coyotes Celebrate 25th Anniversary - Over 25 years, Bobby Coyote’s shopping list has grown more than 250,000 tortillas, 30,000 pounds of chicken, nearly 9,000 pounds of cheese, 11,500 tomatoes, and 12,600 avocadoes every week. As he and his team celebrate the 25th anniversary of the popular Dos Coyotes Border Cafés, Coyote joined us in studio for our Friday Food segment to tell us about how they have grown and developed over the last quarter of a century Kitty O'Neal on KFBK.

VIDEO: Fire Station Super Bowl Watch - This morning Nha is at Firehouse Subs with some off duty Firefighters as they're getting their grub on! Nha Nguyen on Good Day Sac.