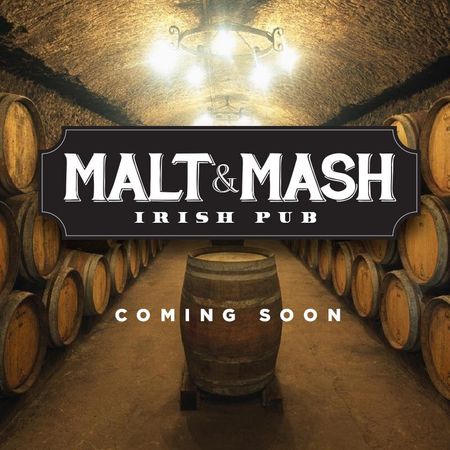 Malt & Mash and El Rey by Bob Simpson and Trevor Shults, will open in March, they announced in a help wanted ad on Craigslist.

Malt & Mash, opening mid­ March, will be an intimate Irish pub that pays tribute to the building's historic past

Back in September 2015, the venues were expected to open in November, but as we know, restaurants almost never open on time.

When they open, Malt & Mash and El Rey will be located at 715 K Street.

Sacramento Bacon Fest 2016 - Sacramento Bacon Fest 2016 closed out a week of bacon-covered goodness with its 5th Annual Chef’s Competition. Twelve of Sacramento’s favorite chefs donned their aprons, gathered their knives and headed to Mulvaney’s B&L to battle it out for the coveted title of Bacon Fest Champion. Of course, on the other side of the kitchen, Sacramento feasted on some of the best bites in the city. We gathered. We ate. We conquered. Bacon Fest, we miss you already. Jose Barajas in City Scout Mag.

There’s still time (maybe) to book a perfect Valentine’s meal - People who truly care about Valentine’s Day made their plans before the clock struck 12:01 a.m. Jan. 1. The rest of you are unmotivated or simply don’t love enough. But we’re here to guide, not judge. So we have rounded up remaining dining – and entertainment and lodging – options for Feb. 14 and the Long Weekend of Love, or what single people call Presidents Day weekend. Carla Meyer in the Sac Bee.

National Tater Tot Day taken seriously at Tank House - National Tater Tot Day was Tuesday, Feb. 2, and there are a few things you should know, including this: We eat 70 million pounds of them every year….In observance of Tot Day, he and his crew have added six more variations, to be sold only on Tot Day. All eight will be $6 per serving. Allen Pierleoni in the Sac Bee.

Wine Symposium brings crowds, expense accounts to downtown mix - If you ambled into your favorite downtown restaurant Wednesday for lunch, you probably walked away moments later with your tail tucked between your legs, suddenly aware that 14,000-plus wine industry folks were all at lunch simultaneously. Restaurants large and small were packed on P Street, jammed on J and crowded on K like no other day on the calendar. All because of the 22nd annual Unified Wine & Grape Symposium, an event that attracts delegates with lanyards on their necks and expense accounts at the ready. Blair Anthony Robertson in the Sac Bee.

New Crawfish Factory sells Cajun-California fusion in Roseville - Roseville resident Kitt Lee has trained employees at the Crawfish Factory to welcome visitors as if they’ve never been to a place quite like it before, because likely, in the Sacramento region at least, they haven’t. Lee opened the restaurant at 1251 Baseline Road a year ago, in January 2015, with business partner Sam Dahduli and a mind to bring something new to the local seafood scene. Coming from the Bay Area, Lee had experience opening a Camille’s Sidewalk Café and a Cold Stone Creamery there, along with Cold Stone stores in Natomas, Citrus Heights and Elk Grove; but in Roseville he wanted to start a business of his own. Andrew Westrope in Roseville Press Tribune.

VIDEO: Game Day Wings - Bethany is in the kitchen with Executive Chef Kurt Spataro from Paragary Restaurant Group. They will be showing you how to cook up some spicy sticky wings. Bethany Crouch on FOX 40.

VIDEO: Panda Express - Chinese New Year takes place on February 8th, and what better way to kick things off for the New Year than with everyone's favorite Panda. Panda Express is encouraging everyone to ring in the New Year with them and their "Celebrate Togetherness" campaign honoring the historical traditions within the Chinese culture. Melissa Paul on ABC 10.