Former Chef at Beloved The Eatery Announces Next Project

Jess Milbourn, the chef at the now closed but once much loved restaurant The Eatery, announced that his next project will be an ice cream shop in West Sac's Broderick neighborhood.

Here's the text of his announcement of Devil May Care Ice Cream via Twitter.

It's been ~2 years since I closed The Eatery. Had a chance to do a lot of thinking on what I wanted to do with the next chapter. After careful consideration of what would be the best path to follow I've decided to open an ice cream shop here in West Sacramento.

Understandingly I've been getting some confused feedback from people who miss The Eatery. Promise that's still on the agenda just not yet. Anyway, what you can expect is awesome ice cream, ice pops, & other frozen treats as we get going.

Anticipated opening date; soon. Sometime this summer/early fall. Looking forward to putting some smiles out there.

On The Concept: "Ice Cream has been a hobby of mine for years and I've been toying with the idea of an ice cream business for some time. In the process of browsing for possible restaurant spaces I found a quaint little spot that I fell in love with. It was leased, but not occupied, at the time so I left my info with the landlord and he said he'd call if he had anything with similar space, cost, etc. As it happened the current tenant had to back out and allowed me to move in.

"The final decision was that I needed a business that allowed my daughter (Audrey, now 9 years old) to be part of, and enjoy the business. This was the only concept that my wife and daughter were excited about."

Jess has declined to provide the exact address of his new Ice Cream Parlor until he gets the keys to the new restaurant. I wish him good luck. 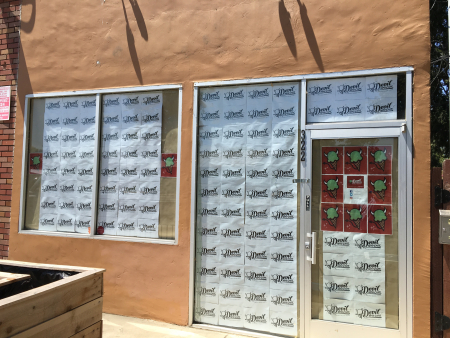 The Eatery, once located in West Sac's Bridgeport neighborhood (near Target and Nugget), closed in Aug. 2014. Since then, came close to opening a restaurant at West Sac's Vierra Farms and did a stint at Broderick.