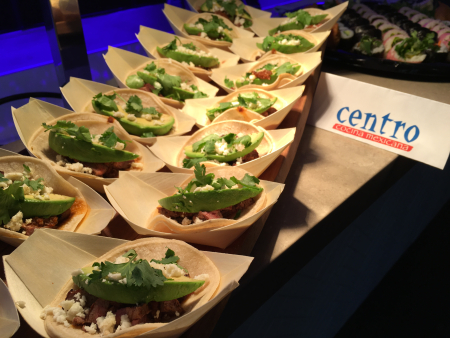 With less than a month before the new Downtown arena opens, the Golden 1 center team recently brought many of the chefs and executives of the restaurants to meet with local bloggers. Here are some things I learned: 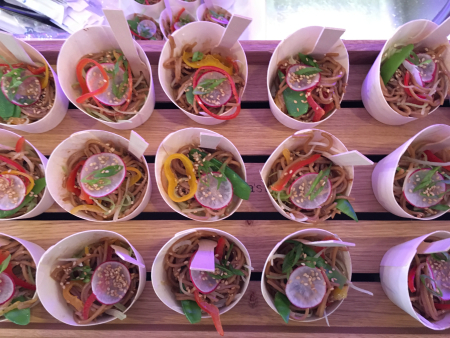 While I was there, I was able to quiz the restaurant representatives about their restaurants. Here’s some of what I learned.

Block Butcher Bar: At this point, the owners of the restaurant aren’t eyeing another location. Instead, they’re focused on bringing their goods to retail stores. Look for Block Butcher Bar mustards, etc. at a grocery store near you.

Mikuni: After they open their Folsom location in mid-October, every major population center in the greater Sacramento region will be near one of their eight locations. Future expansion will likely be in the Bay Area.

Star Ginger: The restaurant run by Mai Pham will add a location on The Grid, serving the new Sutter Memorial in midtown. They will be located in the hospital’s basement.

Café Bernardo: Each Café Bernardo location has $2 tacos for Taco Tuesday at the bar. After 5 p.m. at most locations.

DoCo vs. In Arena Options: I asked Kings President Chris Granger why Golden 1 features so many Sacramento restaurants while DoCo relies on mostly out of the area restaurants. He actually had a well thought out response. While it would be easy to fill Downtown Commons with national chains like Cheesecake Factory, they knew that they needed unique experiences to compel people to travel from East Sac, Natomas or West Sac. They knew that if people could go to the Cheesecake Factory in Arden, they would, so the found Punch Bowl Social, Popbar and other unique concepts only available at DoCo. As a side note, I visited a Punch Bowl Social while in Denver last week on a work trip. It had a bowling alley, an area for corn hole and other games and a bar. My initial reaction was that if you like Coin Op on K Street, you'll probably enjoy Punch Bowl Social.