Dining News (AM Edition): What Happened to Trio? 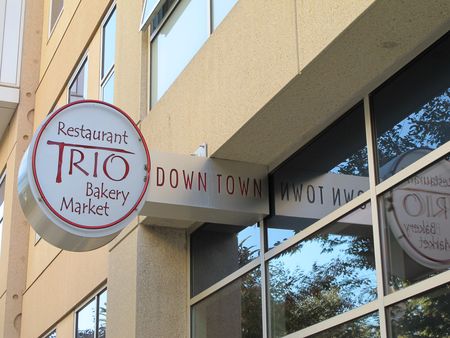 On Sunday night, Cowtown Eats first reported the closing of Trio. Now, the Sac Bee's Blair Anthony Robertson has details on why it closed.

Gonul Blum, for years a fixture in the local food scene, has sold her latest restaurant, packed up her culinary repertoire and moved to the Bay Area...

She penned the deal to sell the restaurant a month ago.

“My husband got transferred to San Ramon. We live in Oakland now, so I had to sell the restaurant,” she said.

Robertson also reports that the restaurant will be replaced by an upscale sushi joint owned by Mike Jang, who also owns Sensei Sushi in Rancho Cordova. The restaurant is scheduled to open in about two months.

A lot of the feedback I've received on Twitter since the news broke is that The Grid is already saturated with sushi places. I'm going to reserve judgement. There's always room for another good restaurant regardless of the cuisine. I'm hopeful that this new place will live up to its potential.

Buckhorn Grill opening San Jose location -  The tri-tip experts from Winters are going to be opening a new Buckhorn Grill in San Jose next month. Born of the more formal Buckhorn Steakhouse in Winters, the Buckhorn Grill is a fast, casual restaurant where people order at a counter, and the restaurant-quality food is served on real plates with silverware, along with beer and wine. Mark Anderson in Sac Biz Journal.

New Fish and Chips Eatery Planned for Natomas - Work on 007 Fish & Chips is under way in the Sacramento Gateway. The new restaurant will be located in the Village at 3620 North Freeway Boulevard, Suite 310, which has not had a permanent tenant since Starbucks shuttered there in November 2008. On Natomas Buzz.

Continue reading "Dining News (AM Edition): What Happened to Trio?" »