New Helvetia Brewing Company has been teasing us about an impending opening for a while. Originally, they were hoping to open in February, then October and November.

We shouldn't be too judgemental though -- opening any business/restaurant takes much longer than you'd think. Hopefully it'll be worth the wait.

For now, it's open Thursdays, Fridays and Saturdays from 5 to 8 p.m. They've yet to enter full production mode, but you can try some of their beers while they ramp up.

Review: Enotria Restaurant & Wine Bar - I’m pleased that Bruich has brought his unique talent back to Sacramento and found a home at Enotria, whose stellar wine program will be an excellent complement to the young chef’s creative and undeniably modern cuisine. If you’ve had your fill of farm-focused menus, jump on board Bruich’s Enotria Experience. Kira O'Donnell in Sac Mag.

Piatti Ristorante reopens in Pavilions with a new direction - Piatti Ristorante at the Pavilions center is back in business after a four-month closure for a makeover. What took so long? "We were going to do a small facelift, but instead we decided to completely expand the scope and redo everything," said Nick Dedier on the phone today. He's the Italian-themed restaurant's director of operations. His resume includes more than five years with the Thomas Keller Restaurant Group in Yountville. During that time, he ran Bouchon for a year and Ad Hoc for four years. Piatti certainly has a brighter, cleaner look. Allen Pierleoni in the Sac Bee. 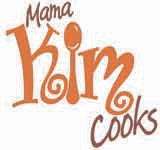 Some may say that the River District is undergoing a restaurant renaissance, but the neighborhood that's hit critical mass with up and coming restaurants is Del Paso Heights Blvd. With the now-established Enotria being joined by the up and coming Mama Kim Cooks & Eats, there's never been a better time to visit that part of town. Looking for a reason, how about brunch or dinner, half off? 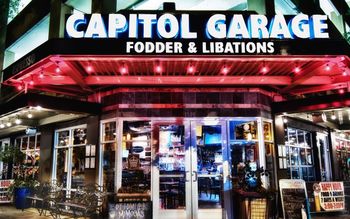 Capitol Garage is a solid place to grab lunch or to grab a happy hour drink at after work. Their food is fresh and honest, and their service reflects the fact that you've got places to be. Today, you can get all of that goodness half off.

It's the work of Gönül Blum, the former registered nurse turned restaurateur. You may know her for Gönül's J Street Cafe, which moved and shrunk into Vanilla Bean Bistro.

Trio features the same kind of Mediterranean cuisine that has won Blum a following among discerning foodies. But we can't recall ever having a meal so good at her other places.

For a new restaurant that was entirely empty and still a week away from landing its beer and wine license, it was a revelation.

Tako is a great idea with good food, but it wasn't ready to be swarmed en masse. We got the food in about an hour, and it ranged from bland (the tofu tacos need work) to deliciously spicy (spicy pork burrito) to superbly original (the kimchi quesadilla). That last one is not only fun to say, it's crunchy, tasty and full of exotic Korean flavors.

The kimchi is actually made by co-owner Yunece Cho's mother, based on an old family recipe.

Cho's concept is simple – the menu is very small, but the food is lively, fresh and largely delicious. Everything is $6 or less. We thought the rice bowl could use tweaking – overwhelmed as it is with shredded cheese on top, making for a goopy dish that's out of sync with the rice and meat (or tofu).

And on Sunday morning, the wait was so long that we bailed after an hour. The good news: People really flock to good food like this. The bad? People will wait for honest cooking done right, but they lose patience with inefficiency and chaos in the front of the house.

Zoellin tells me the staff is working to handle the weekend onslaught. Give B&B a shot on weekdays (except Monday) and you'll have little to no wait.

You can read the entire article in the Sac Bee.

I've previously given my Instant Reaction to Tako Korean BBQ and Bacon & Butter, and had very similar reactions.

Jack’s Urban Eats coming to The Marketplace in North Davis- Jack’s Urban Eats is coming to The Marketplace in North Davis, hopefully by early spring, part owner Bobby Coyote confirms. The California-themed eatery has locations in Midtown, Folsom, Natomas, Roseville and Sacramento International Airport. The concept is similar to Pluto’s but with a more varied menu that features sandwiches, salads, carved meats, chicken strips and fries. Wendy Weitzel in the Davis Enterprise.

Pho King 2: Crazy-delicious town - Although Little Saigon is arguably Sacramento’s premiere culinary asset, many of the Vietnamese restaurants on that particular precious strip of Stockton Boulevard exhibit a samey-samey quality. You’ve got your bun, you’ve got your pho and you often have a menu that’s half Chinese (of which it’s usually wise to steer clear). Occasionally, there’s a place that specializes in chicken pho or banh mi, but real variety is often hard to find. Unless you visit Pho King 2, which has those aforementioned dishes. Becky Gruenwald in Sac News & Review.

I work really hard to make sure that the happy hours listed on Cowtown Eats are as accurate as possible. Here are 10 happy hours that I've updated recently:

If you see any that are wrong, please let me know at Darrel@Cowtowneats.com and I'll get them updated.

For a restaurant that seemed on its way to an early and unceremonious demise, Monsoon has gained traction by looking seriously at its shortcomings and taking the right steps to get better.

The use of spices on several dishes, so crucial to Indian cooking, had been abrupt and clunky in the early going. Now the seasoning is more balanced and complex.

Meats that were chewy and dry are now tender and juicy. And the naan, which was so dreadful when we tried it early on, is better, too – fresher, fluffier, tastier – though there's still room for improvement.

If that's enough for you to give them a try, or possibly a second look, here's your chance to do it half off.

Well, at least their retail business. Sugar & Spice was a much beloved bakery, winning "Best New Bakery" in Sac Mag last year and was just named 2011 "Best of the City" by Sactown Mag. Here's what they had to say:

Pop Stars - At downtown’s new Sugar and Spice Specialty Desserts, owner Carissa Jones makes us feel like kids again with some of our favorite pops in town. That’s pop tarts, with buttery crust and thick sprinkle-coated icing (below), in flavors like strawberry-rhubarb and brown sugar-cinnamon. And then there are her pretty little cake pops, which are sweetly coated on the outside and moist within (they are only on sale occasionally, so keep an eye out).

Unfortunately, despite their delicious desserts, it looks like the retail store front is no more, per the Sugar & Spice Facebook Page.

We are excited to announce a new chapter at Sugar and Spice Specialty Desserts. On Tuesday of this week we closed our retail shop. We are going to miss our community and all of your smiling faces, but this will allow us a greater ability to work with our party, catering, restaurant, and bridal customers. Please call or email us with orders! We're still here and baking, so of you are in the area and you see us working away, feel free to stop by and say hi!

Thank you for all of your love and support over the past year and a half.

That doesn't mean they're gone for good, though. You can still purchase their sweets at Midtown Village Cafe (18th an I) and eat Carissa's desserts at Shady Lady. In addition, you can still special order from them. On the last couple days, they've had absolutely georgous wedding cakes and a special law school graduation cake. (These aren't your run-of-the-mill sheet cakes from Costco.)

For those who want to keep up with owner Carissa and Sugar & Spice, follow them on Facebook.

SacTown Dining Collective debut event a tasty success - The SacTown Dining Collective's kickoff event at Plate's Cafe on Thursday night couldn't have gone smoother. Some 350 tickets had sold out 10 days prior, all of the food courses came out in a timely fashion - many of them even ahead of schedule - and the Sacramento chefs and restaurateurs who make up the collective reveled in their camaraderie. Most of all, their food was superb. Chris Macias in the Sac Bee.

End of an era II: Ford's side of the break-up with Taylor's - [Last week] we told you about the end of the 20-year relationship between two beloved local institutions that do things the old-fashioned way: Taylor's Market and Ford's Hamburgers. Because Ford's is closed Mondays, we didn't catch up with owner Peter Paul Vereschzagin until this morning to get his side of things. Blair Anthony Robertson in the Sac Bee.