Posted by Craftsmen on Thursday, November 19, 2015

Craftsmen Food, a new food truck by the owners of Doughbot, will debut on Wednesday evening at New Helvetia Brewery on Broadway.

Doughbot, a much beloved artisan donut shop formerly on 10th St. which closed in June 2014, was co-owned by a husband and wife team Bryan Widener and Dannah O'Donnell. Based on Instagram, Widener left Sacramento to work at a Boston restaurant. According to Twitter, he returned to Sacramento over the summer.

A voice mail left for Widener on Tuesday evening was not immediately returned. Prior to Doughbot, Widener worked as a cook at Magpie.

On the food truck's Facebook page, the cuisine appears to be farm to fork entrees and not a sweets. Details on a menu, price point, etc are scant at this point.

As a fan of Team Doughbot, I'm willing to give them the benefit of the doubt. If they serve it, I'll give it a try.

You can find Craftsmen Food Truck at New Helvetia Brewing Co. on Wednesday evening at 1730 Broadway, or online at https://www.facebook.com/Craftsmenfood.

After Hours: Sacramento's Three Hottest Nightlife Zones - It's 10 p.m. and Mom and Dad are already fast asleep. But for anyone with a pulse, the party's just getting started. Jordan Venema in Sac Mag.

Beer Run: What to make of the big-brand decline - This is a column about beer, not business. But when the two intersect, as they have with the spate of recent craft beer mergers and acquisitions, it’s worth taking a look at what’s going on. Let’s be candid: Big beer is brewed (and brewed with great precision) to appeal to the largest number of consumers. In doing so, anything that’s compelling or edgy or different about the beer is either dialed back or done away with. What we’re left with is beer that is drinkable but hardly memorable. OK, I remember choking on an orange slice garnishing a Blue Moon I had seven years ago, but I digress. Blair Anthony Robertson in the Sac Bee.

Mimi’s Cafe in Natomas to Close this Month - Mimi’s Cafe in Natomas will close its doors permanently later this month. THE NATOMAS BUZZ has confirmed the French-inspired, sit-down eatery located at 3511 North Freeway Boulevard, in the Promenade shopping center, is set to shutter at 2 p.m. on Sunday, Dec. 20. On Natomas Buzz. Tamaya Sushi at 22nd & J is closing after 10 years, reports Bob Shallit in the Sac Bee.

Mary Mesa, lease manager with building owner Eleventh & L Properties, said one of the original Tamaya partners had sold his interest in the business but stayed on as the primary lessee.

When the lease expired, that person – David Leung – said he wished to sign a new lease for a new restaurant he planned to open at the Tamaya site, at 2131 J St., Mesa said.

Read the entire story in the Sac Bee. (Second item.)

Shallit reports that it will likely be replaced by another Japanese-influenced restaurant. As for Tamaya, the owner will likely look for a new spot.

Tamaya Sushi is located at 2131 J Street and can be found online at http://www.tamayasushi.com/.

Homey haven for Thai delights - Thai restaurants abound, some fancy, some not so much. For down-home cookin’, our favorite casual-Thai destination is the unpretentious Thai Hut. There, we always find husband-wife owners Ten and Tuck Siri hard at work turning out complex and artistic dishes that belie the size of their tiny kitchen. Allen Pierleoni in the Sac Bee. 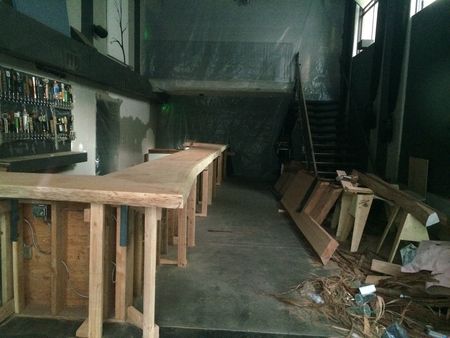 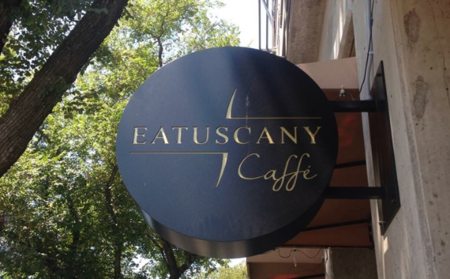 Consider yourself invited! We are excited to mark this occasion with the debut of our affogato collaboration with Maiden Ice Cream. Please join us Friday evening for this and more. See you then!

Mother & Empress chef Matt Masera will host the first (that I know of) Maiden Sacramento popup on Friday evening as part of The Mill's first anniversary party from 7 to 9 p.m.

Today's tasting was a success. Excited for the first #maidensacramento debut at @themillsacramento tomorrow night. @chefthiemann

The video Masera posted on Instagram seems to tease that the menu will be something along the lines of affogato (espresso poured over ice cream), but he didn't elaborate on the menu or prices.

But that's kind of the fun of a popup. Embrace a sense of adventure. Show up, be delighted and enjoy.

Masera has been teasing the idea of a Maiden pop up for more than a year. Back in July 2014, he Instagramed a teaser image of the concept.

The Mill, the host the event, is located at 1827 I St. and can be found online at http://www.themillsacramento.com/.

Tickets available for Dan Barber in Sacramento - The conversation is guaranteed to generate plenty of food for thought. Dan Barber, author of “The Third Plate” and chef/co-owner of New York’s Blue Hill, will appear in Sacramento on Oct. 6 at the Tsakopoulos Library Galleria. The event is free, but pre-registration is required. Chris Macias in the Sac Bee.

Roseville restaurant will offer beer, burgers, wings and ... custard - The owner of a new burger restaurant in Roseville is more than another entrepreneur with a dream. She has a family connection to a prominent casual-dining chain. Tino Phillips plans to open Buck & Sadie's Angus Burgers & Wings at 2030 Douglas Blvd. in November. Her father, Mike Phillips, is a founder of the concept behind BJ's Restaurants Inc., the Huntington Beach-based company that has locations in the Sacramento region and beyond. Sonya Sorich in Sac Biz Journal.

Cielito Lindo - After shuttering his doors for over a year, chef-owner Ramiro Alarcon says he feels “blessed and excited” to be back in business, whipping up creative new dishes like Sopa Azteca (a savory tortilla soup) or the Huachinango en Salsa de Frijol y Epazote (a red snapper fillet baked with cilantro and epazote in parchment to seal in the moisture and flavor). The restaurant also added two expanded dining rooms and obtained its alcohol license to now offer a few rotating wines and bottled Mexican beers. In Sactown Magazine.

Footwear in, frozen yogurt out - Pinkberry closed last week in Davis Commons. A sign on the entrance to its store at 500 First St., Suite 5, said that as of July 27, “we will no longer be swirling at this store.” It referred customers to other area stores in Sacramento, Citrus Heights, Elk Grove, Roseville and Folsom. Wendy Weitzel in the Davis Enterprise.