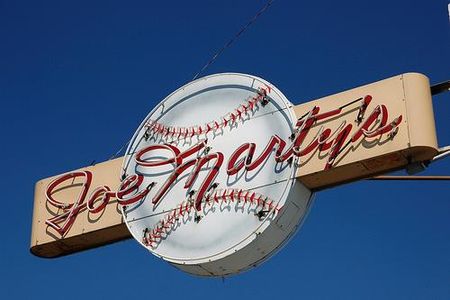 A Sacramento institution has returned.

Joe Marty's, which has been resurrected by new owners after the original bar burned down over a decade ago, will open for lunch and dinner service starting on Thursday, Dec. 10.

The restaurant and bar opened late last week for lunch service, but decided to close for additional staff training.

When it reopens, the menu features street tacos starting at $2.25, sandwiches, burgers and salads costing between $8 and $12.

The original restaurant was opened in 1938 by local baseball pro Joe Marty's. The restaurant aims to "provide a comfortable and vibrant gathering place for watching a game, meeting friends or casual family dining.

Joe Marty's is located at Broadway and 15th, and can be found online at http://gojoemartys.com/.

Back in the game - A decade after it was shuttered by fire, one of Sacramento’s legendary sports bars is back in business...Pictures and jerseys of Sacramento baseball greats line the walls. Above the bar is a collection of vintage baseball gloves, from the 1920s to 1950s. And flanking the bar are two old-style open baseball lockers – one with a Solons jersey and a picture of Marty taken at Edmonds and the other honoring Dusty Baker, the Sacramento prep star who became a top major leaguer and is manager of the Washington Nationals. Bob Shallit in the Sac Bee.

Viva gelato: Eatuscany Caffe - It’s distressing when toppings completely slide off a pizza after you pick it up. It’s distressing when a plate of bucatini carbonara arrives seemingly dry, with the gray-tinged hunks of limp pancetta. I am distressed, because I think Eatuscany Caffe serves the best gelato in the city but everything else falls so, so short. Janelle Bitker in Sac News & Review.

Petal power: No. 3, Empress Tavern - The No. 3 ($11) on Empress Tavern's short cocktail menu is a simple stunner in a tall crystal-cut tumbler filled with Spirit Works gin and a hibiscus-honey-lavender syrup. Rachel Leibrock in Sac News & Review.

What's up with those restaurants at 700K? - Construction is underway. Shults tentatively plans to open two of the three locations — the taco venue and the Irish pub — in February. Shults has previously said the third business is expected to open in conjunction with the arena in October 2016. Sonya Sorich in Sac Biz Journal.

The Red Alcove - Move over, fondue. The Red Alcove, a Korean barbecue restaurant with grills on the tables, opened on Nov. 19, joining the international market and a karaoke and dining room in Rancho Cordova’s sprawling Koreana Plaza. Owned by B.J. Yu (who has also owned the plaza since 2012), the new grill-it-yourself eatery features a contemporary maritime theme with wood floors, granite-topped tables and huge ropes decoratively wrapped around posts. In Sactown Mag. (Fourth item.) 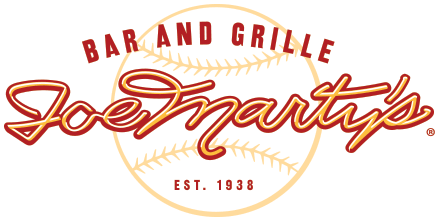 Joe Marty's, a Sacramento sports bar that closed after its kitchen was damaged by a fire in 2005, is set to reopen in December, reports Bob Shallit in the Sac Bee.

[In mid-September], crews have been working on plumbing and structural upgrades at the building, part of the Tower Theatre complex on Broadway. On Sept. 25, framing started, with electrical work to follow next week and construction set to be finished by late November.

Then, prior to opening, the owners will start the fun part: filling the place with the baseball memorabilia that was a hallmark of the original bar and grill opened by former major leaguer Joe Marty in 1938.

For the new place, the emphasis will again be on honoring this city’s rich baseball history, with pictures, bats, gloves and other sports mementos. Some have been contributed by former professional ballplayers from this area.

When it reopens, Joe Marty's will be located at 1500 Broadway and can be found online at http://gojoemartys.com/.

Feast Q&A: Getting restaurants to think twice about waste - A longtime cyclist as well as an environmentalist, Baker founded the Green Restaurant Alliance of Sacramento (GRAS). He is likely a familiar sight to many locals as he makes his way through town on a heavy-duty cargo bike equipped with a trailer usually piled high with kitchen scraps. With ReSoil, another green initiative he helped start, he and a small band of volunteers run what he calls “a pedal-powered community compost network.” He has also been known to drive a diesel car fueled with recycled vegetable oil. Blair Anthony Robertson in the Sac Bee.

Six craft beers for cravers of quality - Here are some truly outstanding beers I have enjoyed recently. The first three beers, it’s worth noting, are all on tap at the moment at Nido, the new casual cafe from the owners of Magpie that replaced Magpie when it moved to 16th and P streets. Nido’s draft pints are $5, including tax. Featuring Auburn Alehouse, Track 7, Bike Dog, Berryessa Brewing and Stone Brewing. Blair Anthony Robertson in the Sac Bee.

Want someone to bring you food? Here's a new option - It's a good time to be hungry and couch-bound in Sacramento. Another food-delivery service, called Caviar, entered the local mix on Tuesday. The service partners with independent eateries in the area. Its website currently lists at least 23 restaurant partners, most of which are in the downtown and midtown areas. The list includes places such as Hot Italian, Thai Canteen and Federalist Public House. Sonya Sorich in Sac Biz Journal.