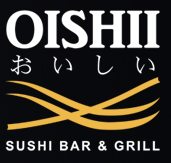 Sac Bee restaurant critic Blair Anthony Robertson does another one of his first impressions columns, where he gives quick snapshots of how a couple new restaurants are doing initially. This time, it's Oishii Sushi at 10th & K, Broderick Restaurant & Bar in West Sac and Coyote Tap House at 14th & H.

In mainstream America, karaoke is something you do after encouragement from Jack Daniel's or Tom Collins...

And if you're not up for brooding like Adele or chirping like Coldplay, you don't have to. We sat in the dining area and enjoyed a low-key dinner with some above-average sushi, seated at a table with a view of the beautiful neon sign at the Crest Theatre. Speaking of signs, Oishii's is a large, bright and tasteful addition to K Street. This place looks like it's serious about being around awhile.

Judging from our visit, it's also got some hearty and high-caliber pub food. Broderick is yet another example of how food trucks can serve as a proving ground for aspiring restaurateurs. The food is by the popular food truck Wicked 'wich, the owner of which is a partner in this new venture.

We didn't go for the sandwiches (and frankly, the sandwiches are not yet presented on the menu in an enticing way), but the variety of burgers seemed very appealing. I went with the "Johnny Cash" ($10), a half-pound Niman Ranch burger with cheddar cheese, smoked bacon, peppers, grilled onions and barbecue sauce.

When it arrived at our table, it was a thing of oversized beauty, complete with a large domed burger bun. These burgers have the potential for greatness. Mine fell short only because the beef itself was under- seasoned and a tad on the bland side.

But put it all together and it has to make sense. Coyote Tap House, open only a few weeks, has plenty of convincing to do.

Robertson also reviews Peruvial restaurant La Huaca in Roseville. Read that and the rest of the reviews in the Sac Bee.

Chef Tony brings homestyle cooking to Headhunters - Chef Tony of Headhunters didn't hesitate when asked what's changed since Cornerstone restaurant moved out at the end of October. "Everything is made in house," he said. "Everything is homemade. Nothing is from a mix." That includes the hamburger buns, gravy, hollandaise sauce, pastries, desserts, you name it. Chef Tony, formally known as Tony Crane, makes nearly everything from scratch – and with love – a source of pride for the man now running the food show at the Midtown eatery/bar. Karen Wilkinson in Sac Press.

Less salt, more jazz - Abyssinia’s meat dishes are definitely the equal of any Ethiopian in the region, notably the special kitfo and the ye-doro alicha, but it needs to jazz up the vegetable dishes and put down the salt shaker to honor the vegetarian aspect of Ethiopian cuisine. Becky Gruenwald in Sac News & Review.

Pajo Bruich gets a lot of buzz. I've eaten his food either at the former Lounge on 20 or at receptions catered by him, and his food has never ceased to amaze me. He recently started as the chef at Enotria, and the Sac Bee's Blair Anthony Robertson is impressed.

When I visited Enotria several times a couple of years back on the heels of the restaurant's $1.5 million renovation, my impressions were alarmingly mixed. It was a pretty good restaurant but an underperforming one, with great wine, mediocre food and a hazy notion of what it could and should be. If it were to become a good restaurant, it needed to tighten its focus, elevate the menu and improve its approach to marrying wine and food.

But a great restaurant? That would require lots more skill, plenty of hard work and a 10-pound bag of pixie dust.

And yet, Enotria has done it, suddenly and with a startling degree of wisdom and sophistication. It's not only the most improved restaurant I can remember, it has come back with a vengeance as perhaps the very best fine-dining restaurant in Sacramento and beyond.

Oishii sushi restaurant/karaoke rooms now open - Oishii Sushi Bar and Grill held its grand opening Thursday, announcing it will offer half-price karaoke rooms for the first week. The restaurant, located above the Cosmopolitan Cabaret at at 1000 K St., is the third one for owner Joe Zheng, who also owns similar places in New York and San Francisco. Brandon Darnell in Sac Press.

Daily Dining News: Hook and Ladder, by Golden Bear, to Open this Month

Hook & Ladder, the new restaurant replacing the former Hangar 17 at 17th & S, will be open by the end of September, reports Chris Macias in the Sac Bee.

Owned by the same folks behind midtown's Golden Bear, a popular pub that's been featured on the Food Network's "Diners, Drive Ins and Dives," Hook & Ladder will feature an expanded menu and cocktail program run by Chris Tucker, one of Sacramento's top bartenders. The menu will be overseen by Brian Mizner, the Golden Bear's current executive chef and an alum of L Wine Lounge and the late-great Masque in El Dorado Hills. The menu's still being fine tuned, but expect a more entree options than featured at Golden Bear along with a range of small plates.

The 4,800 square foot space includes an additional front and back patio, along with some unique concepts which will be revealed soon. While Golden Bear also features DJs and dancing, Hook & Ladder will focus squarely on food and drink for now.

Sac Press's Brandon Darnell says that much of the restaurant's details are being kept secret.

The menu at the restaurant located at 1630 S St. is nearly complete, but Bazett said he’s keeping tight-lipped on what, exactly, will be on it.

“We’re trying to be as secretive as possible,” he said. “We don’t want too many details, except that there’s going to be a lot of handmade stuff. We’re trying to do all of our baking in-house, have handmade pasta, homemade sausages and farmers market-sourced produce as much as possible.”

He’s being equally mum about the interior of the building, saying that not even the workers are permitted to take photos with camera phones.

Krush Burger food truck to open first restaurant in Sacramento River District - One of Sacramento’s favorite food trucks is expanding to a brick-and-mortar restaurant in the River District north of downtown. Krush Burger – formerly the MiniBurger truck – is expected to open in the new California Lottery Headquarters at 700 North 10th St. sometime in December, owner Davin Vculek said. “It’s going to be our first restaurant,” he said. “That’s why we started this company: to build a quick-service restaurant.” Brandon Darnell in Sac Press.

Krush Burger: A 'new era' food truck with great food, prices - Krush Burger, owned and operated by Davin Vculek since 2011, is a convenient and portable food truck traveling around Sacramento. These miniature hamburgers became popular fast, causing the burger joint—formerly known as Mini Burger—to revamp its image as well as equipment, in March of this year. It came back as Krush Burger, a “new era” food truck fully equipped to fit their needs as well as their customers’. They have been so successful that they will be expanding the operation quite a bit come September. “We actually have another new truck that’ll be here in the next two weeks, and we also just broke ground on our first restaurant on Monday, which will open in mid-December,” Vculek said. Kaitlin Bruce in the State Hornet.

Enotria's always been a fine restaurant. I've enjoyed it everytime I went, but I because it's not exactly convenient, I didn't go very often. Now, I have a reason to make it appointment dining.

Enotria Restaurant Wine Bar, which completed a $1.5 million renovation in 2011, has now undergone its most significant change in kitchen staff. Pajo Bruich, formerly of midtown's Lounge ON20, is now serving as Enotria's excutive chef. He's also helped recruit some of Sacramento's top culinary talent to help run Enotria's kitchen. Among Enotria's new staff: Stan Moore, former sous chef of The Kitchen, and Edward Martinez, the former pastry chef of Hawk's Restaurant who was profiled by the Bee in April. Other new staff come from such notable Sacramento establishments as Blackbird Kitchen + Bar and The Selland Group...

While Bruich is best known for embracing molecular gastronomy and other modern cooking techniques, he's scaling back his style to emphasize seasonal, ingredient driven dishes with classic techniques. Most dishes will be based on just four ingredients. Look for such items as dayboat scallops, risotto and dry aged rib-eye. Entrees cost between $19 and $30, and $50 for a four-course tasting menu.

Sushi restaurant with 15 private karaoke rooms coming to downtown Sacramento - A style of entertainment popular in Japan that also has a proven track record in the United States is coming to K Street by October: karaoke – but not the karaoke you’d expect at most bars. Oishii Sushi Bar and Grill, located at 1000 K St., will be a sushi restaurant with 15 private karaoke rooms. Brandon Darnell in Sac Press.

Dining review: Zazon right up there with area's best Mexican restaurants - First visits to unfamiliar restaurants are generally a scouting trip and little more. Should we take a deeper look or cut our losses and move on? My foray into the world of Zazon Guadalajara Grill was something special from the get-go. I knew it within seconds of taking my first bite of a barbacoa taco – followed by a second bite and a third. The flavors, the texture, the clean finish, the overall heft, the heady cravings they inspired. They were all there. Blair Anthony Robertson in the Sac Bee.