Brothers Tom and David Schnetz grew up in Sacramento. The former went on to open five successful restaurants in the East Bay. The later became a successful Sacramento construction expert.

Now, the two brothers have partnered on a second Sacramento establishment - an upscale taqueria and cocktail bar in Oak Park, reports Bob Shallit in the Sac Bee.

The menu will likely include a mix of tacos with Niman Ranch meats, tortas, tamales and soups along with beer, wine and cocktails using tequila and mezcal...

He worked for a couple of San Francisco restaurants, then opened his own place – Doña Tomás – in the Temescal district of Oakland in 1999.

His next venture, in west Berkeley, was an upscale taqueria called Tacubaya, which will be the model for the Oak Park operation.

Schnetz has three other restaurants – Flora, Fauna and Xolo – clustered at 19th Street and Telegraph Avenue in Oakland.

The restaurant does not yet have a name. Read the entire story in the Sac Bee.

Taqueria to Inhabit Historic Oak Park Building - A successful Bay Area restaurateur with Sacramento roots is preparing to open a taqueria in a now-vacant building at Broadway and 35th Street in Sacramento's Oak Park neighborhood...Schnetz is partnering with his brother, David, in the yet-to-be named business...A specific date has not yet been set, but Schnetz is planning on a February 2016 opening. Dennis Shanahan on FOX 40.

Sacramento bartender spent months making nocino liqueur - Not only is Ryan Seng the head bartender at the four-star Grange restaurant inside the Citizen Hotel, he’s also an accomplished alchemist. The proof is his handmade batch of nocino, more than three months in the making. “I played around with it for awhile,” Seng said. “I’m really happy with how the flavor turned out.” Allen Pierleoni in the Sac Bee.

Feast gift guide: 15 (mostly) local ideas ready for wrapping paper - The holiday gift-giving season will be out of the oven shortly, a merry post-Thanksgiving feast of hunting and gathering that somehow seems to arrive at the table each year before we do. It’s not too early to cook up ideas for stocking stuffers, host gifts and under-the-tree presents for your favorite food enthusiast. To help, we’ve prepped some dishy ideas. In the Sac Bee. 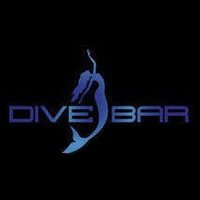 Saving money on drinks at happy hour is one thing, but it's also great to save money off an entire meal. Here are a couple places offering half off deals: 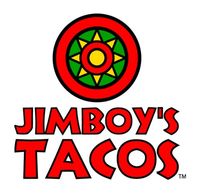 It's not often that a chain restaurant that you probably already eat at has a half off Groupon so you can save money on food you were probably going to buy anyway. Fortunately, if you have a hankering for half off Mexican food, today's your lucky day.

When the weather turns cool, there's nothing better than getting some comfort food to get me through what might be a long winter. In Sacramento, some of the best comfort food can be found at Sandra Dee's. And now, it's half off.

Memorial Day kicks off the summer BBQ season, but good BBQ takes hours of low and slow heat. If you want to skip the hard part and get to the delicious part, there's a great deal at Sandra Dee's today.

In addition to being a great place to grab a beer, The Golden Bear serves solid food. After all, they were featured on Food Network's Diners, Dives and Drive Ins a few years back. If you've never tried it, here's an opportunity to do it half off.