The 15 most popular Sacramento happy hours of December 2013 on CowtownEats.com were:

Thanks for visiting Cowtown Eats! We had more than 46,500 page views (up 7 percent compared to last year) and more than 14,500 unique visitors (plus 11 percent over last year).

The 15 most popular Sacramento happy hours of November 2013 on CowtownEats.com were:

Thanks for visiting Cowtown Eats! We had nearly 50,000 page views (up 21 percent compared to last year) and nearly 15,000 unique visitors (plus 22 percent over last year).

The 15 most popular Sacramento happy hours of July 2013 on CowtownEats.com were:

Thanks for visiting Cowtown Eats! We had more than 62,000 page views (up 12 percent compared to last year) and more than 18,500 unique visitors (plus 33 percent over last year). 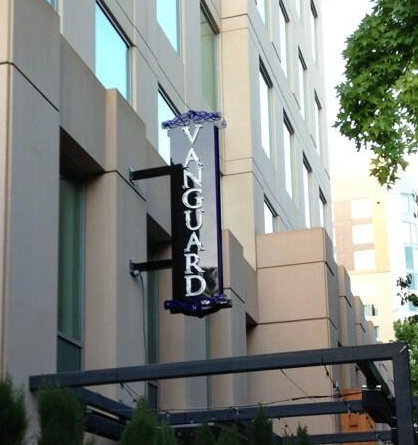 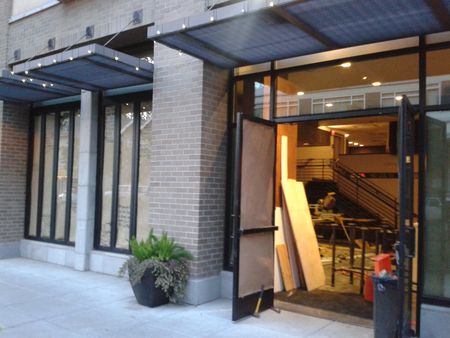 Once Sactown Mag broke the news on Capital Dime last week, the other area news outlets rushed to get more details on the place.

The owners of Ink Eats & Drinks in Midtown plan to open a new restaurant on 18th & L Streets around mid-July.

Dime, which will be in the L Wine Lounge and Urban Kitchen’s old spot, will serve $10 entrees of American bistro-style comfort food, according to Christina Arntson, Ink’s assistant general manager and consultant for Dime...

Open seven days a week, the restaurant will serve lunch and dinner starting from 11 a.m. to 1 a.m. with the bar staying open to 2 a.m. Downstairs will be the main dining area while upstairs can be rented for private events. The condos in the building will receive exclusive room service.

The Sac Bee restaurant critic elaborates in a chat with Noah Zonca, former chef at The Kitchen, who is invested in the restaurant.

As Zonca told me last night, things changed rather dramatically since our first chat. He was acting in an advisory role and, the more advice he imparted, the more attached he became to the Dime's mission and concept. Originally, it was going to be an a la carte, farm-to-fork menu with everything $10 or less.

But when Zonca started putting it all together, he realized the menu wouldn't be interesting enough, competitive enough and, most importantly, it wouldn't really express quality farm to fork ingredients in their best light at that pricepoint.

So Zonca is expanding - and elevating - the menu. And now his investment - financially and otherwise - has increased dramatically. He's no longer silent. He was working on a scallop dish with housemade Thai curry when we spoke again.

A couple other bits of confusion surrounding the new restaurant.

More Farm-to-Fork Week details emerge - More details are emerging for the first annual Farm-to-Fork Week, which will be held this September, including news that the tickets for its signature event — the Sept. 29 dinner on the Tower Bridge — will go on sale on the Farm-to-Fork Capital website at 9 a.m. on July 1. Tickets will be $175 per person. On Sactown Mag.

Refrigerator Fire Prompts Evacuation at Leatherby’s Ice Cream - Leatherby’s Family Creamery was evacuated Friday evening after a reported refrigerator fire. Metro Fire tweeted that only white smoke was seen, and that the fire was in the “plug area” only. Ian McDonald on FOX 40.

When Spataro was closed, the owners split the space into three separate venues. The main dining room became Hock Farm, which opened in mid April. The Spataro bar area opens as Vanguard on Friday. And the open air patio between Ma Jong's and Hock Farm is now Church Key, which has soft opened and is open 10 p.m. to 2 a.m. on Friday and Saturday evenings.

Scheduled to open next Friday, Vanguard, at 1415 L Street, combines elements of a sophisticated night club with the charms of an artistic lounge...Vanguard will be open 4 p.m. to 2 a.m. seven days a week and will feature "His & Her" happy hour specials, small plates of food made next door at Hock Farm, and a rotating schedule of local DJs. A menu of "House Creations" includes a drink made with cucumber-infused Russian Standard Vodka, lime, sugar, lavender and champagne called "The Shady Garden."

Read the entire story at CapitolMR.com.

Son of Sac: This wine guy has a million reasons to love our city - I love Sacramento. Many of you love Sacramento. But author/journalist/all-around-good-guy Rick Kushman is the only man I’ve ever met who got paid to love Sacramento. During his 20-plus-year career at The Sacramento Bee, Kushman wrote about television, media, culture and everything that’s great about the capital region. Born and raised in San Francisco, Kushman moved inland as an undergrad at UC Davis. The move opened his eyes to what the rest of Northern California had to offer. Ever since, Kushman says, he’s become an “adopted son” of our fair city. Greg Sabin in Inside Publications.

Gam Lei Sig: Chinese Food, Family Style - On the block of S and 10th in downtown Sacramento there is a hot spot for “regulars.” There is Old Ironsides, a bar that has been around for decades where people are likely to walk in and know the bartender’s name. Then across the street is Waffle Square, a breakfast joint that brings out the usual Sunday brunch crowd. And down the street is Beers Books, a bookstore that keeps the bookworms coming back for more pages to read. But there is one of the block’s regular spots that definitely goes under the radar. At 918 S Street there is a small restaurant that is easy to miss, most likely because it is someone’s house. The basement-turned-family owned Chinese restaurant, Gam Lei Sig, has been feeding Sacramento for the past 10 years and keeps its regulars coming back for more. Amy Serna in Submerge Mag. 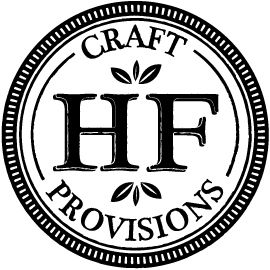 Spataro, the Paragary restaurant at 1415 L street, will close at the end of the week and be replaced by Hock Farm Crafts & Provisions and Vanguard, reports the Capitol Morning Report.

Out goes the menu featuring Italian dishes; in comes the one featuring local, seasonal ingredients and produce, much of which will be gathered from local farmers markets. Marketing Director Callista Wengler says the new name honors the Sutter Hock Farm, established by Sacramento founder and first citizen John Sutter in 1841. "The kind of cuisine we're doing is something different from what you'll see at other places in our vicinity," Wengler said. Patrons can expect to see salads, soups and small plates on the menu with items including crispy pork belly, wood oven-roasted mussels and chicken liver mousse.

Hock Farm Crafts & Provisions is expected to open in early April and will occupy the sit down restaurant portion of the current Spataro space. Vanguard will be operated by Trevor Shults (who manages The Assembly and co-owns BarWest with Randy Paragary) and will occupy the space currently housing the Spataro bar. The space will be configured as a lounge.

I e-mailed Paragary's marketing staff on Tuesday, and they say that there will be an official announcement later in the week.

I'm not shocked that Paragary is trying a different concept here. I ate dinner there on Friday night, and the place wasn't packed. It does great happy hour business, but that space seems like it could be much more successful.

Davis Noodle City: Chinese Democracy - Surprisingly, truly authentic Chinese food can be found in a tiny, unassuming restaurant in Davis. Davis Noodle City doesn’t look like much. It’s small, rustic and simple. The chairs and booths are rigid and not at all built for comfort—if you have back problems, you’re forewarned. However, the service is quick, polite and always happy to teach diners about the food. What sets Davis Noodle City apart from other Chinese-food joints is the fact that most of its food is not Chinese-American, but true Chinese cuisine. Garrett McCord in Sac News Review.'

Ramen Dreams' Chef Picks His Five Best Ramen Joints in United States - 5. Shoki Ramen House, Sacramento, CA. A ramen geek who decided to take a chance and open his own shop and share his passion with ramen with whomever had the nerve to slurp. Sound familiar? No this is not a story about me, but it is a reminder that the power of ramen is deep, very deep. Shoki is probably the first ramen shop in America to really bring the passion of ramen to Americans the way the Japanese have been doing for decades. Believe it. Keizo Shimamoto on Asia Society.